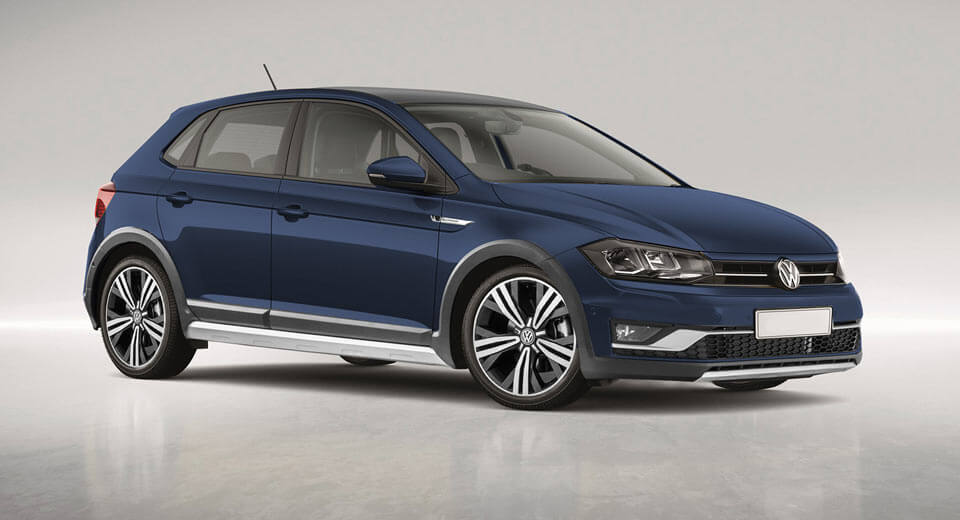 In recent years, carmakers have attempted to cater for every single tiny niche by creating an increasing array of special variants directed towards different customers, and the one that (supposedly) make the vehicles look more rugged with blacked-out bumpers and wheel arches is one of them.

The likes of Mercedes-Benz, Audi, Volvo, and Audi all offer such vehicles. Volkswagen, too, had the CrossPolo that was based on the previous generation, so building such a version of the new one makes perfect sense.

Behance artist Kleber Silva has created a pair of renderings depicting the new Polo dreamt up as a rival to the Ford Fiesta Active, and it certainly looks the part.

Compared to the standard Polo, the Alltrack (or should we say CrossPolo?) has body cladding on the wheel arches, bumpers and side skirts, and benefits from a slightly increased ride height. All told, these small changes could attract buyers who pursue an active lifestyle, even though the ruggedness and off-road prowess of such a vehicle wouldn’t be greatly improved over the standard car.

On the other hand, these kind of cars attract customers who care more about looks than actual off-road capabilities, so this shouldn't be a problem at all.