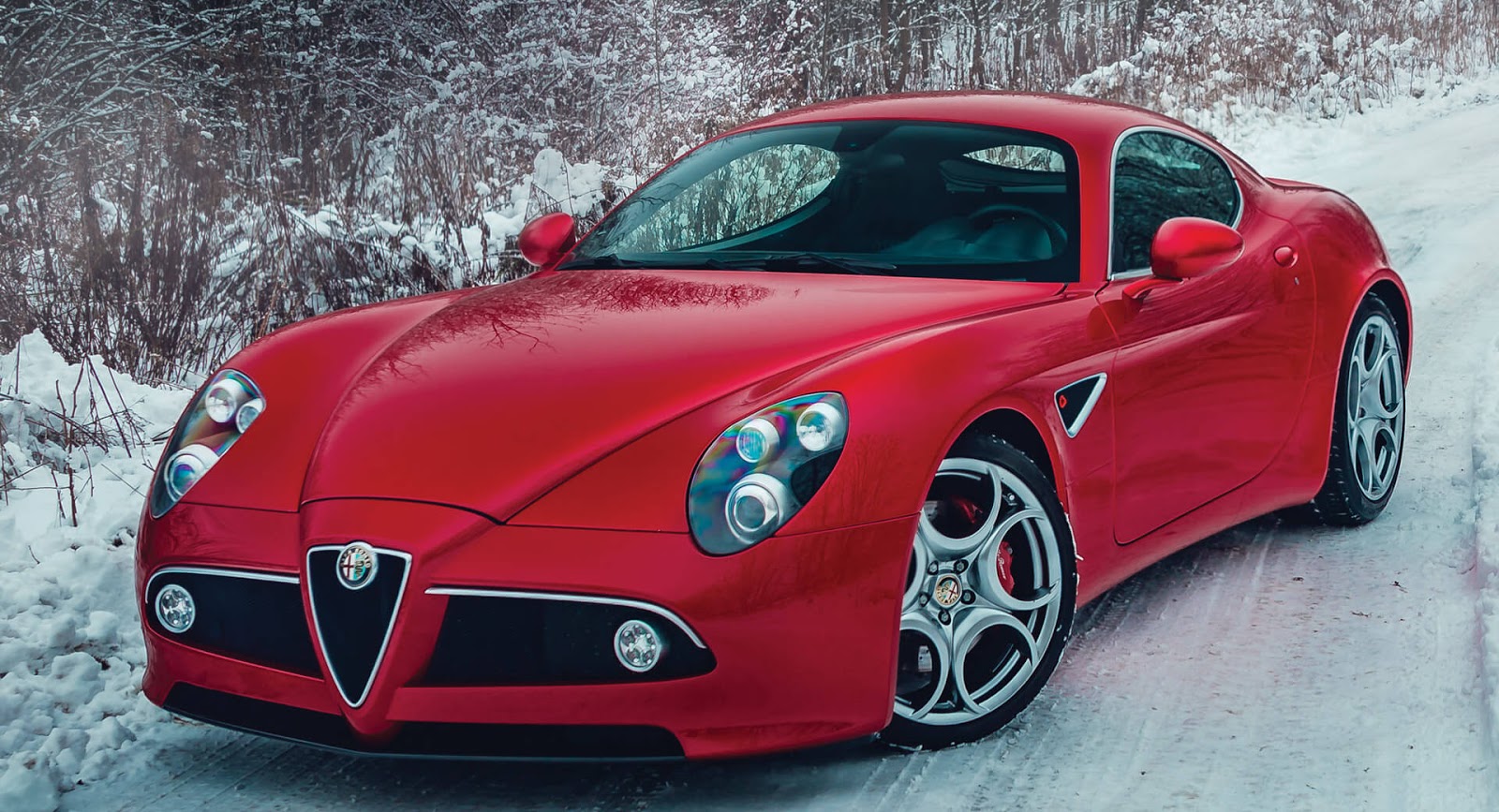 Alfa Romeo is back making compelling products again, and glad we are for it – especially now that they're being sold again in the United States. But with apologies to the Giulia and Stelvio, this (to our eyes) remains the most beautiful modern Alfa made.

It's an 8C Competizione – one of just 500 such coupes made, and it's coming up for auction.

Based on a hodgepodge of Maserati and Ferrari components and coated in curvaceous carbon-fiber bodywork, the 8C was (to many) the first and last proper Alfa sports car, carrying with it decades of the marque's heritage and leaving a long shadow behind it.

It packed a 4.7-liter V8 up front, driving the rear wheels through a six-speed sequential gearbox (which probably should, in retrospect, have been left as a manual). It may not have been the top performer of its day, much less by today's standards, but it was gorgeous. Drop-dead gorgeous. Just look at these images (by Lukas Laurikietis for RM Sotheby's).

Alfa Romeo only made 500 coupes and another 500 Spider roadsters between 2007 and 2010, its mantle assumed only in part by the nimble but lower-end 4C that followed. That's left them as hot commodities, and are only bound to appreciate even further with age.