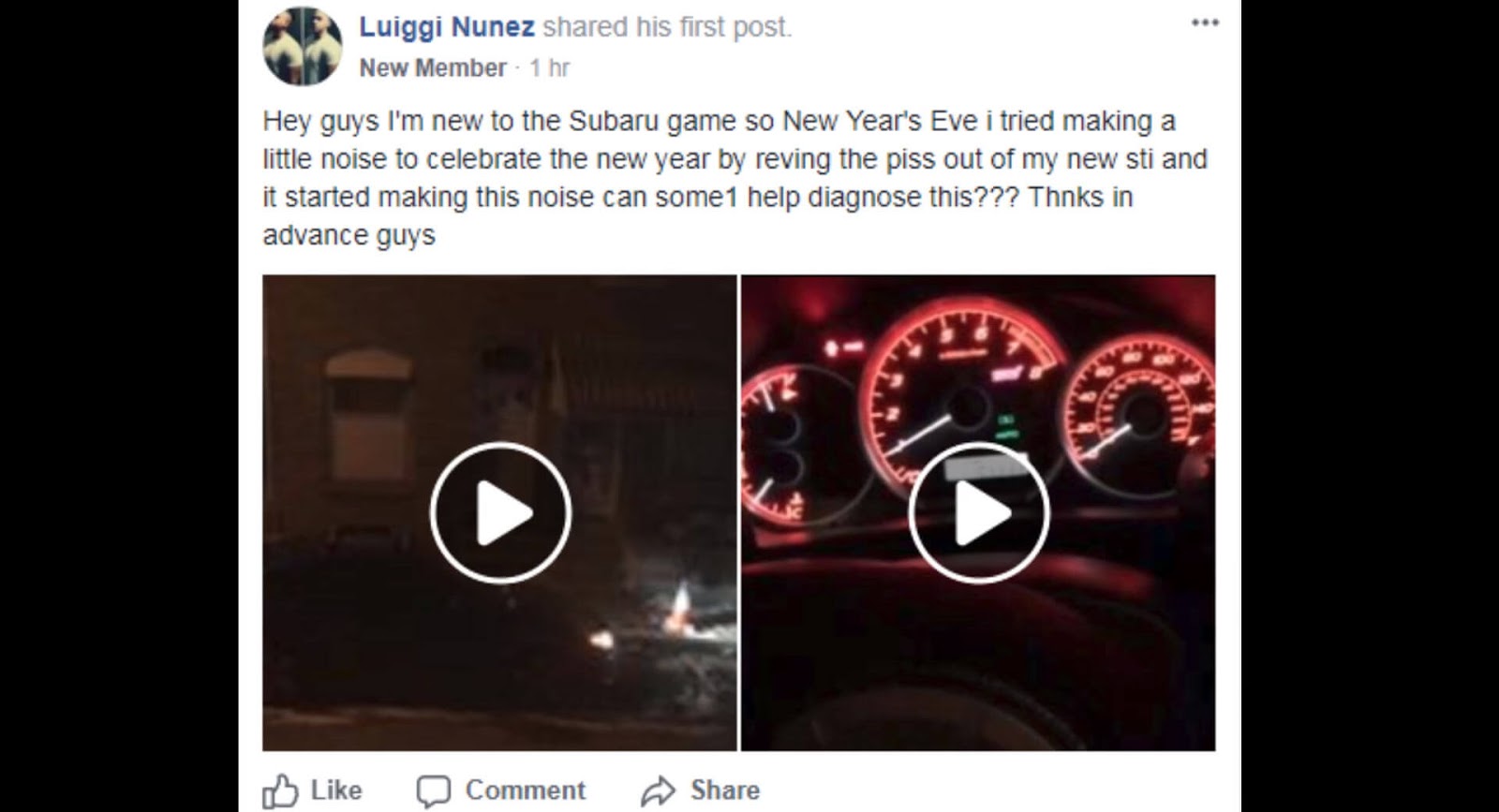 Cars are wondrous things and while we’d love to see everyone in the world have access to them, the truth is, some people simply aren’t fit to own any kind of motorized vehicle. Take this poor schmuck for example.

Taking to Facebook, an alleged Subaru WRX STI owner shared a video of himself revving the living hell out of his new Subaru in a bid to celebrate New Year’s Eve.

In the clip, the flat four-cylinder boxer engine can be heard bouncing off the rev limiter as the owner plants his right foot on the throttle and fails to treat the car in the way any right-minded individual would. For over a minute, the man continues to rev the STI until, eventually, a small explosion can be seen coming from under the engine.

Immediately after the explosion, the engine begins ticking violently yet for some unknown reason, the owner attempts to keep revving it. Eventually, he switches off the car and asks his Facebook friends to help diagnose the problem.

From this video alone, it is difficult to say what part of the engine gave out. However, we do know that at least one part failed catastrophically and that the owner will be in for a very expensive repair bill.