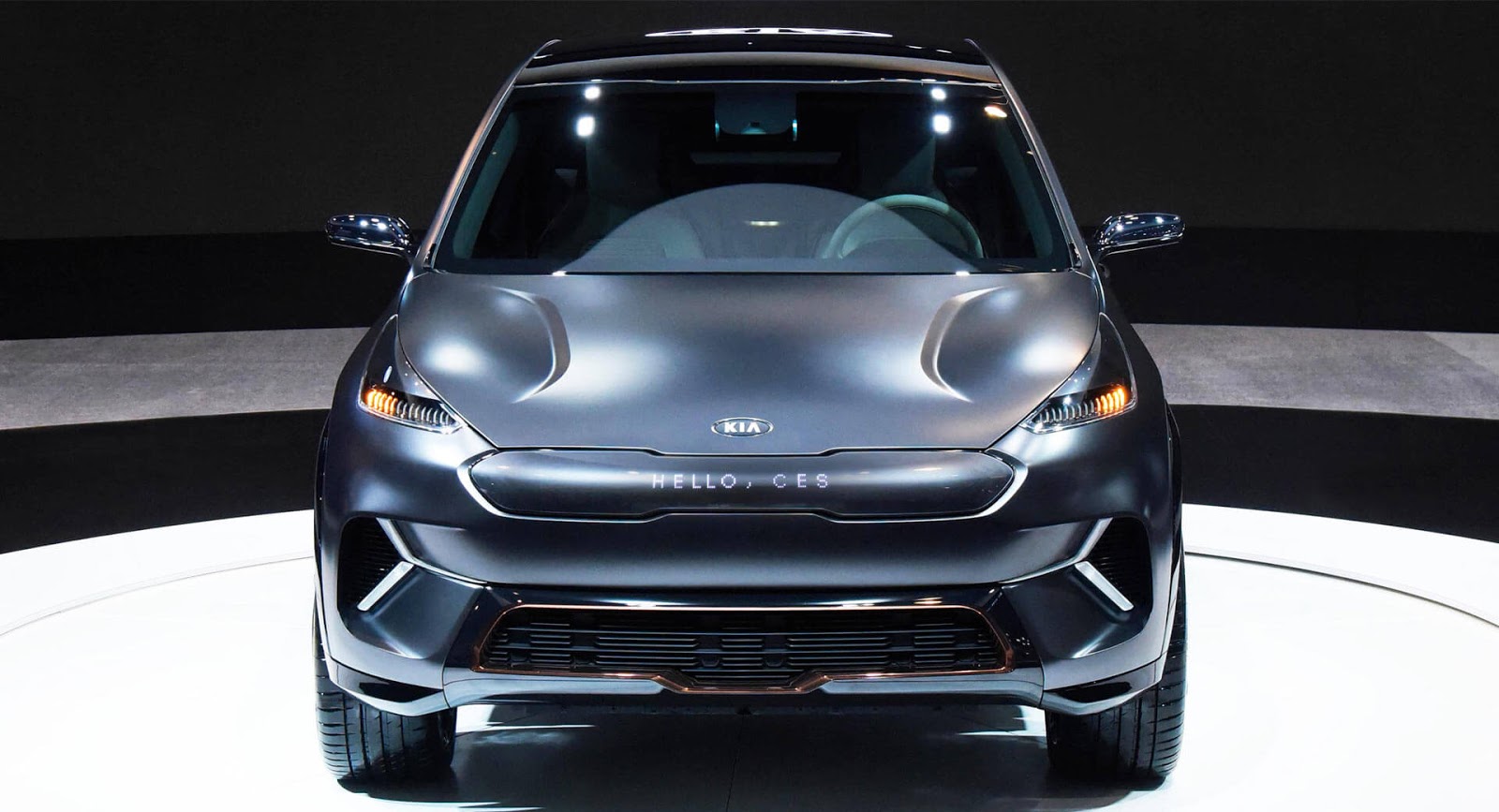 Designed to represent the company's next step in its "ongoing journey to electrification," the Niro EV concept was created by the company's design studio in South Korea and it features a more stylish appearance than the production model.

The styling changes are pretty noticeable and one of the biggest modifications is the elimination of the grille which is no longer required for engine cooling. It has been replaced by an interactive display panel which can show various messages such as "Hello, CES." Designers also installed new headlights, a sportier front bumper, and a redesigned rear end with "clean and sharp trailing edges allowing air to flow more easily off the back of the car."

The unique styling carries over to the cabin as the interior has a "pure, minimalist, and digital appearance." Drivers sit behind a unique steering wheel which has been equipped with sensors that allow people to making swiping gestures along a perforated leather area at the base of the wheel. Kia says the sensor allows drivers to switch between music tracks, turn up the volume, and adjust the climate control system.

Elsewhere, the concept has a digital instrument cluster, an infotainment system, and a unique shifter. Another notable feature is the concept's Human Machine Interface (HMI) which allows drivers to "log-in" using facial and voice recognition technology. When the system recognizes a driver, it will automatically adjust the vehicle's settings to their presets.

On the performance front, the crossover is powered by an electric powertrain that consists of a 64 kWh lithium-polymer battery and a 201 hp (150 kW) electric motor. Kia says this will enable the Niro to have a range of approximately 238 miles (383 km).

Kia is already working on a production variant and the automaker revealed plans to offer a total of 16 electrified vehicles by 2025. Kia Vice Chairman and R&D Center boss Dr. Woong-chul Yang said this figure includes "five new hybrids and plug-in hybrids, five new battery EVs, and an all-new mass market FCEV" which will be launched in 2020.