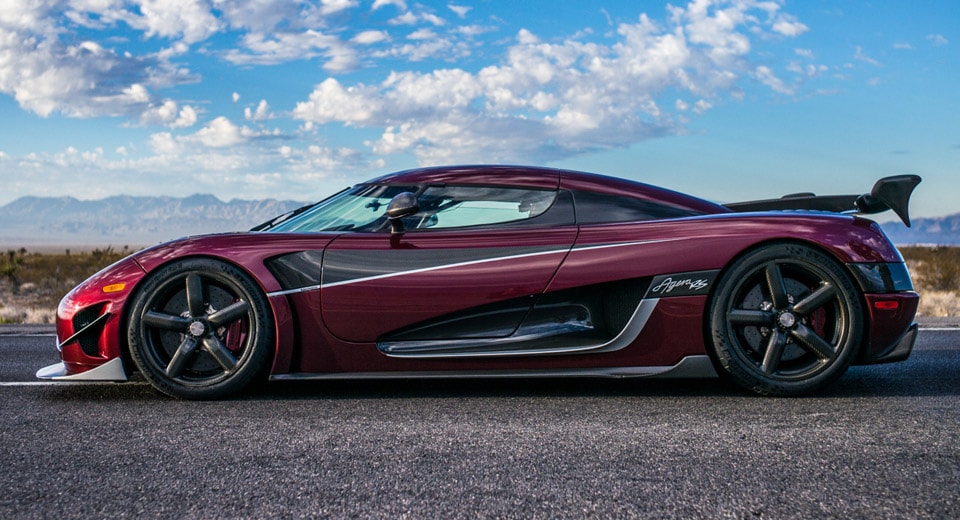 Some automakers have opted to sit out the Detroit Auto Show, but at least one will be represented there for the first time this year.

That automaker is none other than Koenigsegg, whose record-breaking Agera RS will be on hand at the Cobo Center for all to see. But it'd be easy to miss it.

Not because it doesn't have the visual impact to stand out from all the other new metal (and carbon) on display at the show – quite the opposite – but because it won't be at Koenigsegg's own stand. Instead it's being displayed by Michelin, which is suitably proud of supplying the hypercar's rubber.

The vehicle on display is the actual one that set five new records for road-going production automobiles this past November in Nevada. It achieved a top speed of 284.5 miles per hour, and a two-way average of 277.87 mph. It covered a flying kilometer at 276.9 mph and a flying mile at 276.36 mph. And it accelerated from a standstill to 400 km/h (248.5 mph) and came back to a full and complete stop in 33.29 seconds – all of these setting new world records.

In short, you won't want to miss seeing it up close, so if you're visiting the Detroit show this year in person, make sure to stop by Michelin's booth in Hall B.