Take A Look Inside The Updated 2019 Mercedes-Benz GLC 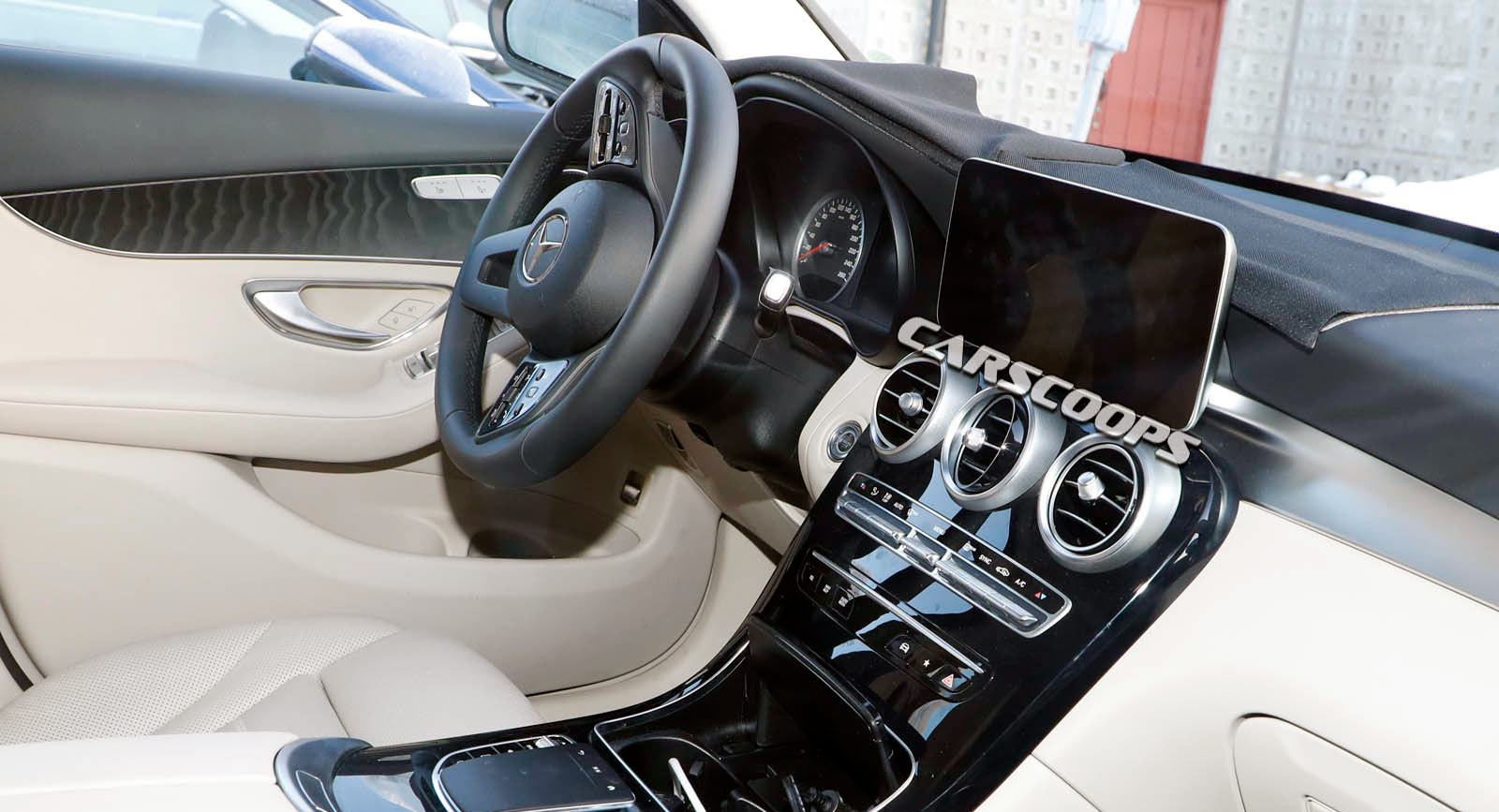 Mercedes-Benz replaced the GLK with the new GLC in 2015. That's now three years behind us, which means that it's hardly still fresh, but not quite ready for replacement just yet. So the German automaker is working on a bit of an update to keep it current.

That's just what the spy photographers at CarPix have caught here during cold-weather testing in northern Europe.

The cosmetic changes we can expect to see on the outside of the refreshed compact crossover aren't apparent on these early prototypes, but the development engineers seem to have forgotten to put the covers over the interior – giving us a rare glimpse inside.

What we can see is that Benz is preparing to fit a larger infotainment display in the middle of the dashboard, along with a new touch pad and a fresh steering wheel. As with the C-Class alongside which it's aligned, the new GLC-Class will be offered in conventional style with mechanical dials, as well as a fully digital version.

Expect updated powertrains to be fitted under the hood as well, including the new 2.0-liter diesel that's rated at 195 horsepower in the E220d. The versions we're looking forward to seeing more, of course, are the high-powered AMG performance models. But those are still yet to come.