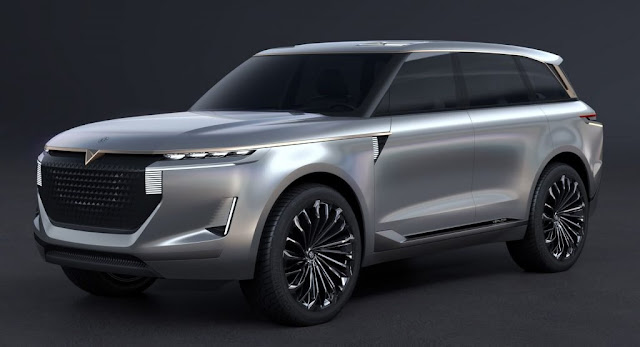 The sleek looking study sports an imposing front grille, slim headlamps, a clean profile and large wheels. The rear end is barely visible in the images released by Nissan, but it appears to be very Range Rover-ish.

Venucia still has to detail the the new X Concept, as at the time of writing, we cannot tell you if it uses an internal combustion engine, a hybridized powertrain or an electric motor.

Joining the SUV study in Beijing is an updated variant of the T90. Previewed by the Venucia VOW Concept three years ago, the 2019 model remains identical on the outside, but adds a new two-tone interior and a different infotainment system, with a larger screen. Other features include smartphone connectivity, wi-fi hotspot, voice commands and navigation system.

Besides these changes, the China-only model is equipped with “advanced safety technologies”, according to the automaker, and a new turbocharged engine whose specs remain unknown. Still, it should be a welcomed departure from the previous naturally aspirated 2.0-liter unit that powers the current iteration, which works together with a standard CVT.
Tags : Beijing Auto Show, China Auto Show, Concepts, Dongfeng, New Cars, Nissan, Venucia,
Share to: