A Mid-Engine Maserati Supercar Would Make An Excellent Halo Car 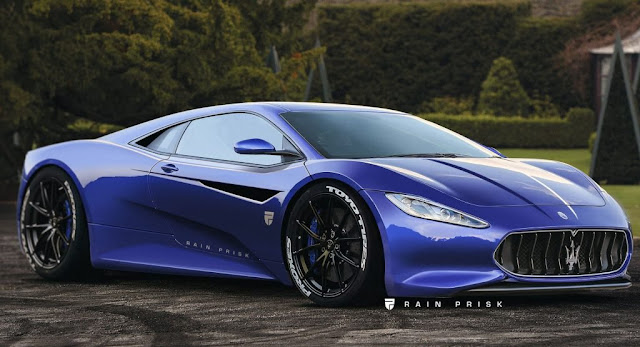 Apart from the MC12, essentially a reskined Ferrari Enzo to be homologated for endurance racing, #Maserati has not made a mid-engined supercar for… well, as long as we can remember, actually.

As much as we’d love to see a new Maserati supercar, the truth is such a vehicle isn’t on the horizon and probably won’t be for at least the next five years.

Nonetheless, Rain Prisk has designed such a car that looks absolutely phenomenal and entirely fitting of a Maserati badge.

Up front, you’ll find a gaping-wide grille complete with the Trident badge and aggressive vertical slats that just scream for attention. Elsewhere, Rain Prisk has implemented a pair of curvy headlights and a hood with bold lines just like the GranTurismo.

Extending beyond the front fascia are a set of large black wheels, Toyo tires and bright blue brake calipers. The doors are also particularly eye-catching and feature triangular-shaped intakes. The sharp roofline, while somewhat reminiscent of the current Honda NSX, has truly gorgeous proportions that make us wish for something like this to be real.

The most exciting sports car in Maserati’s current plans is the production-spec Alfieri. Unveiled as a concept in 2014, it has been delayed on multiple occasions but is tipped to arrive early next decade.

While the Alfieri won’t feature a mid-engine layout, it does have the drop-dead gorgeous looks you’d hope for – and then some. Guess that’ll have to do for now.
Tags : Maserati, Rendering,
Share to: