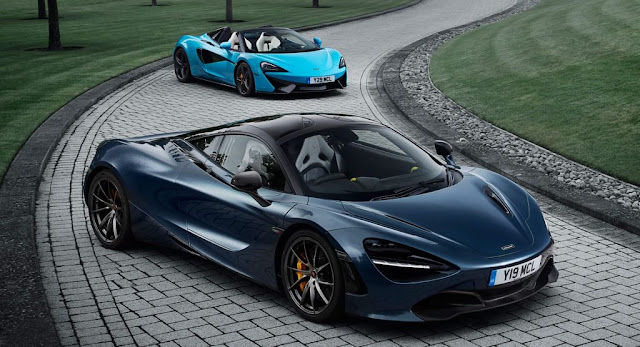 #McLaren Automotive started producing its #supercars just seven years ago. So how many vehicles do you think it’s produced in that time?

The answer: 15,000. This just a year and a half since the 10,000th vehicle rolled out of Woking, which tells you just how quickly McLaren has managed to ramp up production.

At this rate, McLaren is producing 20 cars every working day. That’s up 100 percent over the 10 cars it was making each day as recently as 2016, when it added a second shift at its production center, adjacent to the McLaren Technology Centre that has long served as the group’s home base in the southeastern English county of Surrey.

“Reaching 15,000 cars built is a significant milestone for McLaren Automotive and comes under 18 months after we hit 10,000 vehicles, showing how demand and production have increased,” noted McLaren Automotive CEO Mike Flewitt. “The Sports Series has been pivotal to driving this growth, with the 570S Spider now the most popular of the range. The fact we are now able to produce 20 cars a day is of course a great testament to the hard work and dedication of every one of our workforce, who should feel justifiably proud and part of this great team effort.“

The landmark 15,000th car is a 570S Spider done up in Curacao Blue. The model is one of McLaren’s most recently introduced to its entry-level Sports Series, alongside the 720S in the Super Series and the Senna (which will soon begin production) in the top Ultimate Series.

Last year, McLaren produced and sold a record 3,340 cars. That puts it on about the same pace as rival Lamborghini, which has moved about as many wheels in the same time period. Ferrari, by comparison, sells over 8,000 vehicles – more than twice as many – each year, moving over 50,000 units in the past seven years. But with higher-volume models like the Macan, Cayenne, and 718 Boxster/Spyder, Porsche moves at a much faster pace: it sold over 55,000 vehicles just in the US (or 246,000 around the world) last year alone.
Tags : McLaren, McLaren 570S,
Share to: