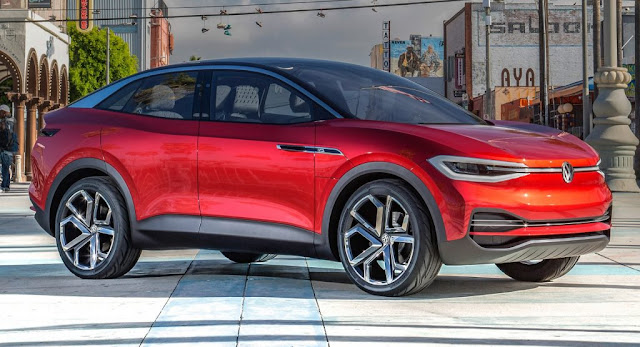 VW has reportedly green-lit an affordable electric crossover model that will go on sale in 2022 for around 20,000 euros ($23k in current exchange rates).

We first heard the news on VW wanting to offer an EV for $23k last week, and now Autocar says that VW’s entry-level electric model will be a compact crossover with similar dimensions to the T-Roc.

This will be the fifth electric model from Volkswagen, which by 2022 will have already launched the Neo hatchback (the production version of the I.D. hatch) and the Crozz, Buzz and Vizzion EVs. The goal for the project is to create a new people’s car in a bid to repeat the success of the original Beetle and Golf in the 21st century.

Diess has recently said that the company’s engineers are working on an electric model that aims to be priced at half that of the Tesla Model 3, without providing further information. The British publication says that the idea behind the entry-level I.D. model is a car with classless design appeal, excellent interior space within a compact footprint, and an affordable price.

As with the rest of the I.D. models, the entry-level electric crossover will be based on the new MEB modular architecture that’s been specifically designed for EVs. The electric motor will be mounted at the front and the battery will have enough capacity to provide a driving range of over 186 miles (300km).

In order to hit its aggressive price target, the new electric VW will most likely be offered with front-wheel drive only and keep a range of connectivity features in the options list. Audi, Seat and Skoda will also offer similar models.

Production will take place at the Emden factory in Germany, which currently builds the Passat and Arteon, which will reportedly move to Skoda’s factory in Kvasiny.
Tags : Electric Vehicles, Reports, VW,
Share to: