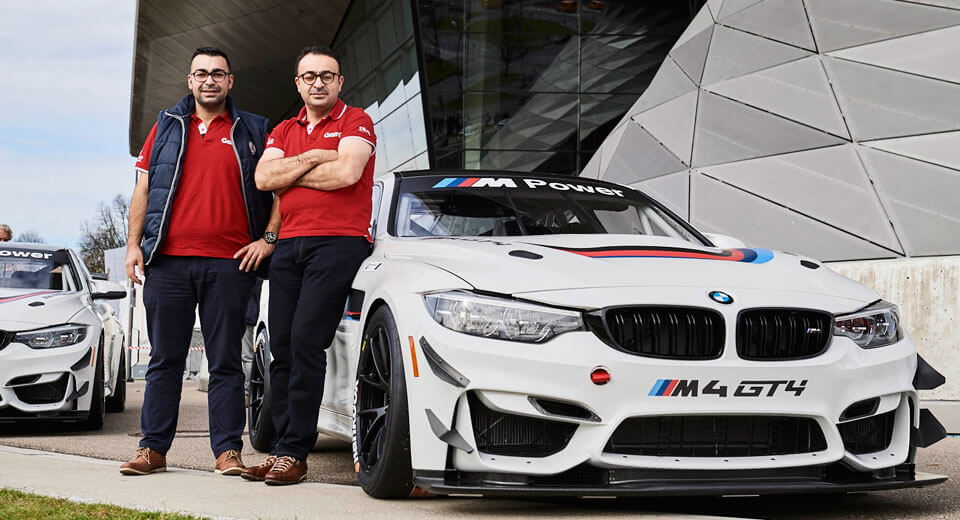 For BMW enthusiasts, we'd imagine, it could hardly get much better than picking up a new M car straight from the factory. Except maybe picking up a BMW race car.

That's just what took place on Wednesday at BMW Welt – the automaker's brand experience center in Munich. That's where customers can take delivery of their new road-going Bimmers, but for the first time, the facility was used to hand over a new batch of racers.

The vehicle in question is the new M4 GT4, which has undergone an exhaustive development process and is now in the hands of its first customer racers. Built to comply with GT4-class regulations, the competition-spec M4 has undergone some 20,000 miles of testing – not just at the hands of BMW's own factory test drivers, but by some of the teams that are to run it as well.

A couple of junior development drivers drove one to victory upon its debut a few weeks ago at Catalunya In the GT4 European Series Southern Cup. Another was entered in the grueling 24-hour race at the Nürburgring this past May, where it finished first in its SP 8T class (and 36th overall). Meanwhile privateers Schubert Motorsport, Walkenhorst Motorsport, and Sorg Rennsport each helped fine-tune the package for customer teams.

With all that said and done, four European teams picked up their M4 GT4s at BMW Welt this week. Another four will receive theirs in North America, along with four more in Australia and Asia. You can order one, too, if you're planning to start your own racing team (or already have one). All it takes is the small matter of 169,000 euros or just under $200,000 in Europe (plus tax).