Don't They Say That Old Volvos Are Built Like Tanks? 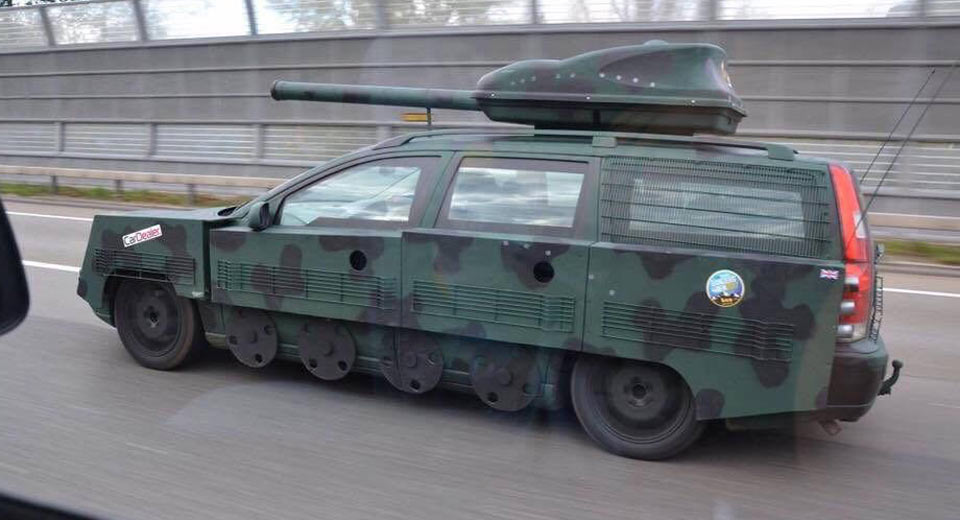 All car enthusiasts know that older Volvos are tanks. In fact, if you had to choose a car to be involved in an accident in, picking an incredibly safe Volvo would be the way to go.

Clearly eager to show the world just how indestructible Volvos can be, one V70 owner has literally transformed the estate to make it resemble a tank.

This image was posted to Reddit and shows that the Volvo’s bodywork has been militarized with new panels on the front and sides. Additionally, four fake wheels have been plastered onto the base of the doors while fencing now covers up the third-row of side windows. The entire car has then been painted in green and brown camoflage.

The pièce de résistance takes the form of a luggage box on the roof converted to look like a turret and complemented by a PVC pipe in place of the gun barrel.

Clearly, the aerodynamics of the estate have been ruined by the modifications and the added weight can’t do any favors for driveability. Nevertheless, we applaud the owner for creating a real-life simile. 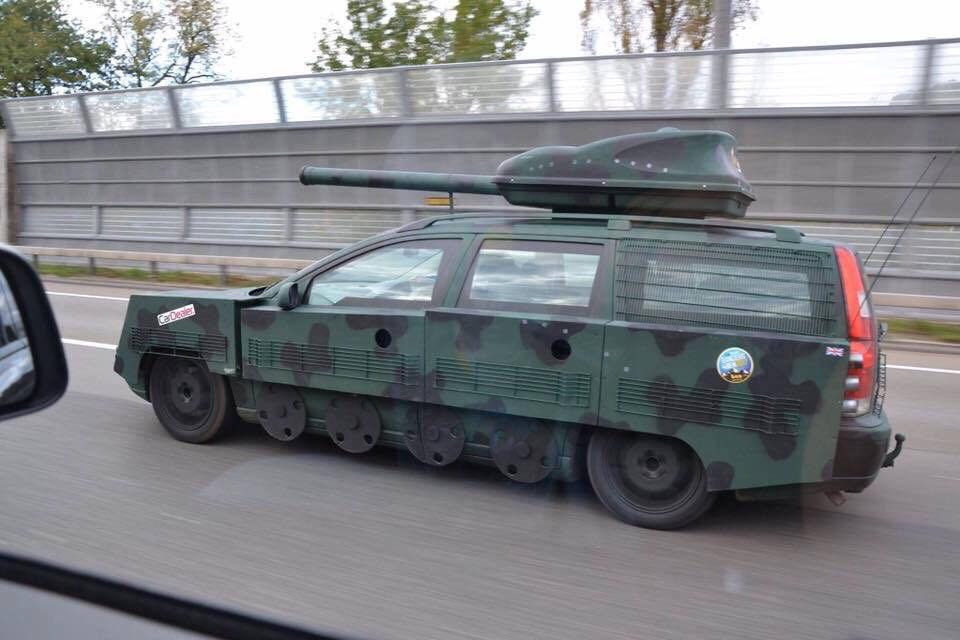