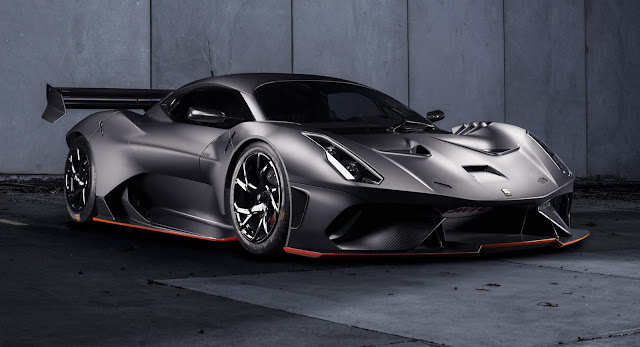 Brabham has revealed that it plans on following up the track-only BT62 hypercar with a road-going supercar.


During a recent interview with Motoring Research, Brabham commercial director Dan Marks said that the Australian company doesn’t intend on producing thousands of vehicles per year, but is confident it has the resources to build a more approachable model.

“We’re not going down the McLaren route and building 6,000 cars each year – we don’t want to lose our focus. Between 100 and 200 cars per annum sounds right. The investment group behind Brabham already owns a carbon-composite shop and a commercial vehicle firm, so we have plenty of resources in-house,” he said.

Marks didn’t provide many details about the vehicle but did say that it will be “a road car that’s well-suited to the track.” He also indicated that the car is some way off, saying that Brabham is “on a journey to 2022” and that much of the company’s current focus is on getting the BT62 to compete in World Endurance Championship races, including the 24 Hours of Le Mans.

It is believed that the vehicle will occupy a similar place in the market to the McLaren 720S, Ferrari F8 Tributo, and the forthcoming Aston Martin Vanquish. However, the Brabham could be more track-biased than any of its mid-engine rivals.

At the start of the year, Brabham Automotive said that it intends on entering the World Endurance Championship in 2021/22. The racer will be underpinned by the same chassis as the BT62 but likely feature some alterations to comply with the racing series’.
Tags : Australia, Brabham, New Cars, Reports,
Share to: