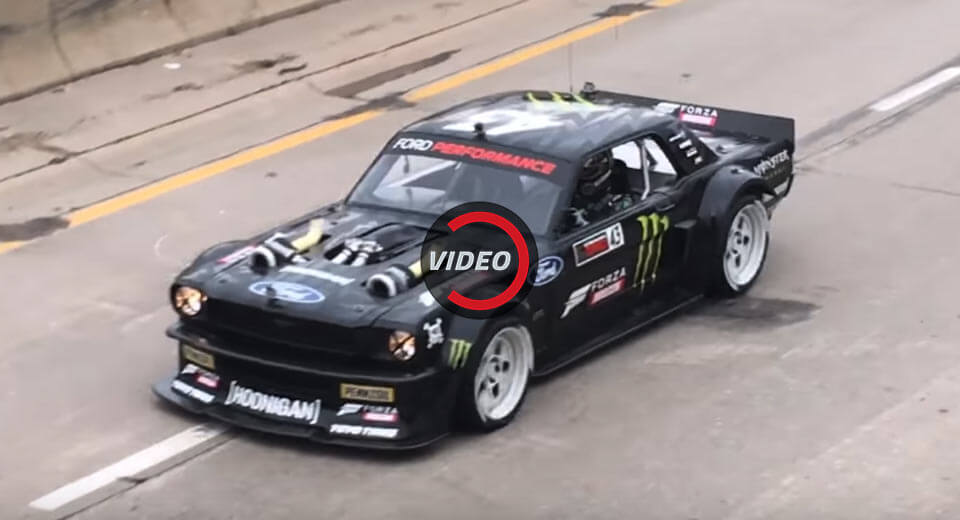 We’re only just recovering from the sensory overload that was Climbkhana and Ken Block is already working on his latest project.

Last week, the rally driver and internet sensation was filmed doing launches, burnouts, donuts and drifts with his 1,400 hp Hoonicorn V2 on a stretch of highway in Detroit. It has all the makings of Gymkhana 10 but it might actually be something different.

Detroit Business reports that Hoonigan is in the midst of creating a film celebrating the history of the Ford Mustang and that Block’s tricked-out 1965 will feature.

Speaking to the media, an executive producer for the shoot, Diego España said, “We're here trying to promote Ford products in the city where it all started."

Whatever the Hoonigan team is planning, we can expect the usual array of stunts and stunning cinematography.