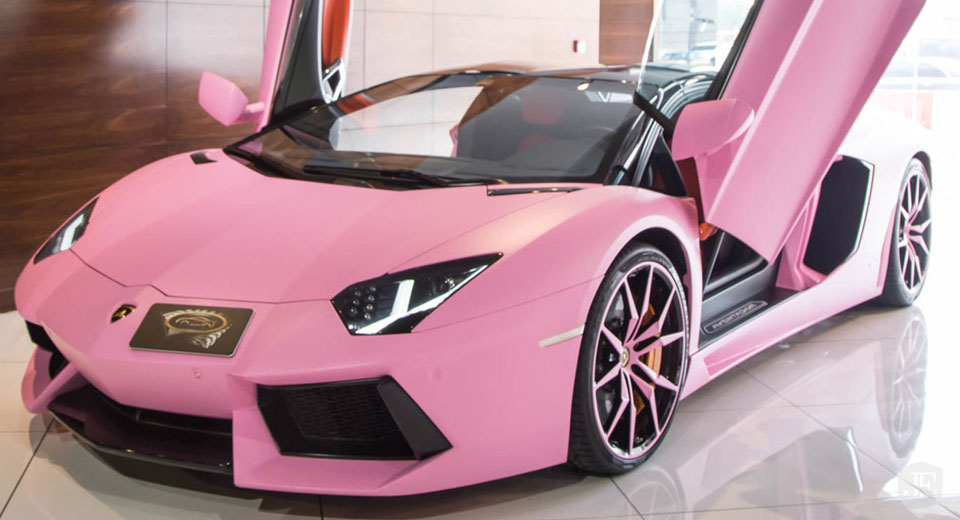 With over 5,000 made, the Lamborghini Aventador is hardly what you'd call “ubiquitous,” but it's not all that rare, either. Still, once in a while one comes along that stands out from the rest.

Like this one up for sale in Dubai. It's a 2009 Aventador Roadster with just over 4,600 miles on the odometer and a $325k asking price. And it's done up in Pepto-Bismol pink.

Now the car didn't leave the factory in this color. It was originally painted orange, like so many Lambos are. But it was subsequently wrapped in pink foil, right down the spokes – which is all well and fine, we're not judging. But the interior was left in orange, which clashes terribly with the pink exterior... quite visibly on a roadster with the roof removed.

Maybe the Pepto wrap, then, is meant to be ironic, because the combination doesn't sit well. Fortunately the wrap is removable, exposing the original orange underneath – and ready for a more tasteful replacement. 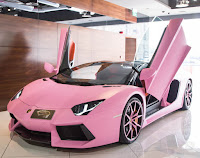 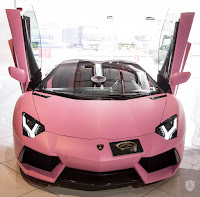