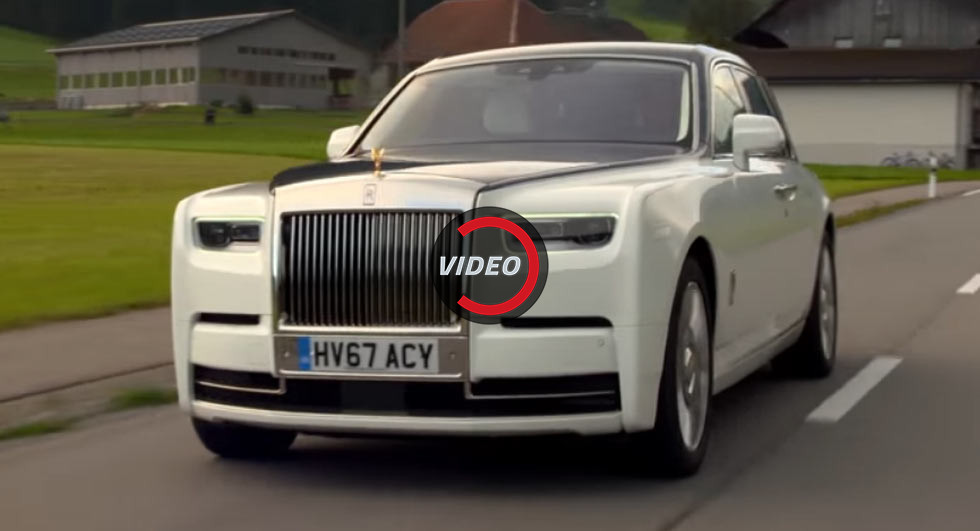 Rolls-Royce unveiled an all-new Phantom over the summer and Autocar recently took a spin in the redesigned flagship to see if it's still the best car in the world.

While few people would call the Phantom a driver's car, Matt Prior says the new twin-turbo 6.75-liter V12 engine, that produces 563 hp (420 kW) and 663 lb-ft (900 Nm) of torque, is "absurdly powerful" at very, very low speeds." He goes on to say the ride is remarkably smooth and the steering is really nice.

Rolls-Royce paid a lot of attention to making the Phantom quieter than its predecessor and the company seems to have succeeded as Prior notes the loudest thing in the car at 45 mph (72 km/h) is your hands on the steering wheel. In order to achieve this, Rolls-Royce installed more than 286 lbs (130 kg) of sound insulation, added "Silent-Seal" tires, and used two-layer glazing all around the car.

The video doesn't focus on the Phantom's more luxurious features but the clip notes the backseat is "very nice" and has plenty of legroom. In fact, Prior says the rear is comfortable enough you could "sleep there for about a week."

While there was little doubt the Phantom would be a special car, the reviewer says the model is most luxurious car on the planet.