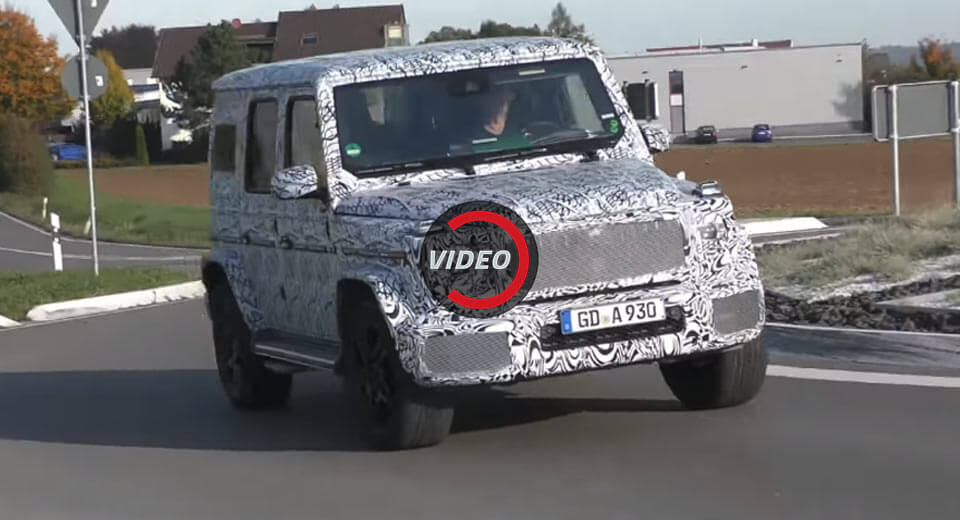 The next-generation Mercedes-Benz G-Class has been filmed testing in AMG G63 guise before its global premiere next year.

Like recent prototypes, this G63 features camoflage across on every surface but unlike some others, the front grille has been left slightly exposed, allowing us to see the Panamericana grille it will adopt with vertical slats.

Interestingly, the SUV filmed has a fully digital gauge cluster, a feature missing on previous prototypes and inevitably a component which will make it through to the production car. The video makes it difficult to determine if the gauge cluster utilizes the same 12.3-inch display as other Mercedes models but it wouldn’t be surprising to see the firm diving into its catalog of pre-existing parts.

Sitting beneath the tweaked bodywork of the new Mercedes-AMG G63 will be Affalterbach’s twin-turbo 4.0-liter V8. Already used in the AMG GT, C63 and E63, this engine will replace the outdated 5.5-liter twin-turbo currently used by the G63.

The range is also likely to offer a selection of turbocharged straight-sixes and continue to use a twin-turbo 6.0-liter V12 for the AMG G65.