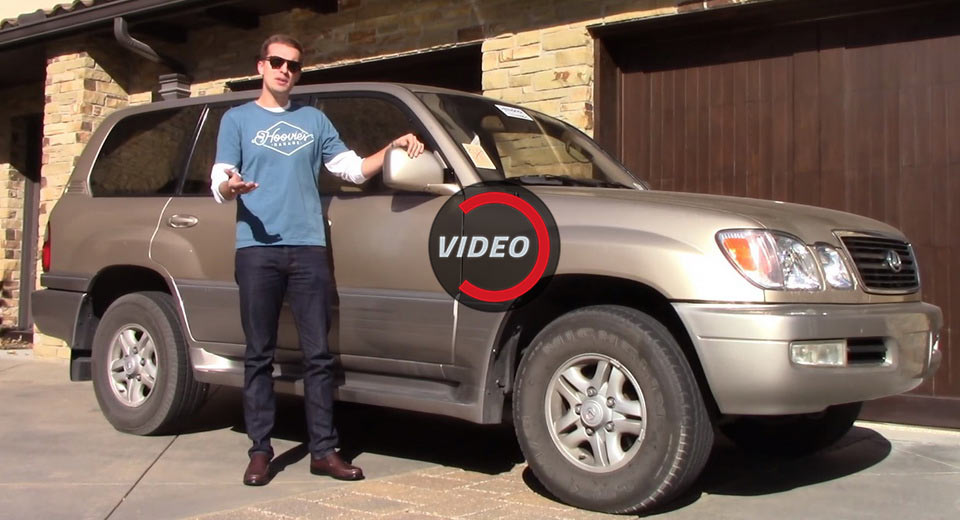 We all have some idea of how risky it is to spend your money on the cheapest used car you can find, but apparently there are some exemptions to the rule, like this 1999 Lexus LX 470 which is basically a Land Cruiser 100 with a snobby face.

Tyler Hoover bought this Land Cruiser sight-unseen at an online auction for the amazingly low amount of $2,100. Given the ridiculously low price, expectations were kept at a really low level but when the truck showed up at his driveway proudly wearing its 350,000-mile experience it was evident that he made a good choice.

Despite its huge mileage, this big SUV turned out to be in great mechanical condition. Features like the hydraulic suspension, sunroof, power windows are all in working order, with the only things that need fixing being the air-conditioning and those leather seats, which look like they just came out of a fight with a bear.

The rear hatch also comes fitted with a huge rusty hole that doubles as latch to open the boot. Hoover says he can replace the whole panel with a $300 salvage part as well as add some new seat bottoms and sell it easily for twice the money he paid.

But instead of taking the wise route and make some profit, he has other, more adventurous plans for this unbreakable beast.