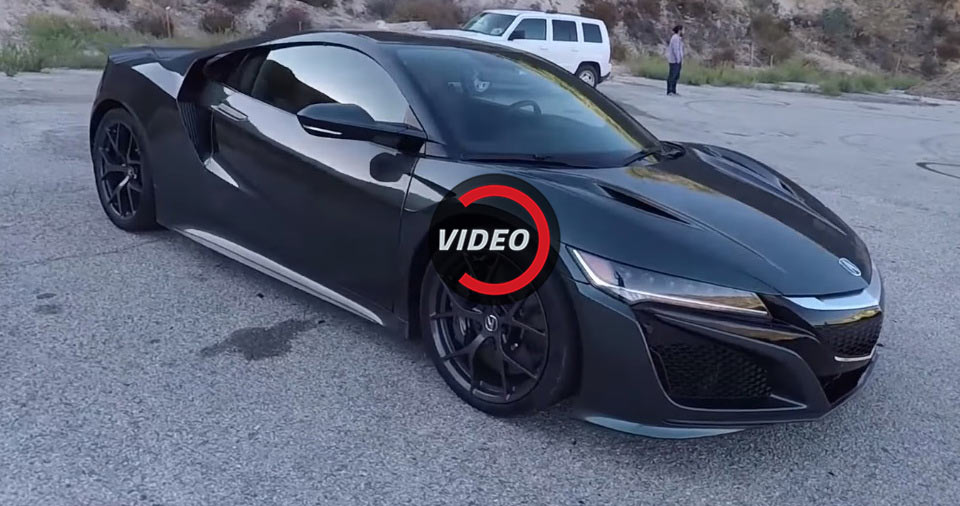 Get ready to be impressed as Matt Farah showcases just how spectacularly fast the Acura NSX can go on a canyon road.

The new NSX has been met with some mixed reviews as people are still baffled by the change of direction Honda took for its halo model. Gone is the clever simplicity of the original for the sake of cutting-edge powertrain technology, which left those waiting for a modern interpretation a bit disappointed.

That doesn’t detract from the fact that Honda/Acura has created one of the most exciting cars in recent years, offering something more than the combined 573hp of its complex hybrid powertrain.

It has a character of its own on the road, a distinct personality created by that combination of a twin-turbo V6 with three electric motors. Honda’s setup has the front motors virtually connected to the rest of the powertrain adding real torque vectoring into the mix, making the NSX the model with the most planted front end in the segment.

Yes it’s a bit on the heavy side but this is a car that has the same technology with the Porsche 918 Spyder and the performance of a 488 at half the price tag of the Ferrari. If that’s not a nod to the original NSX, we don’t know what is.