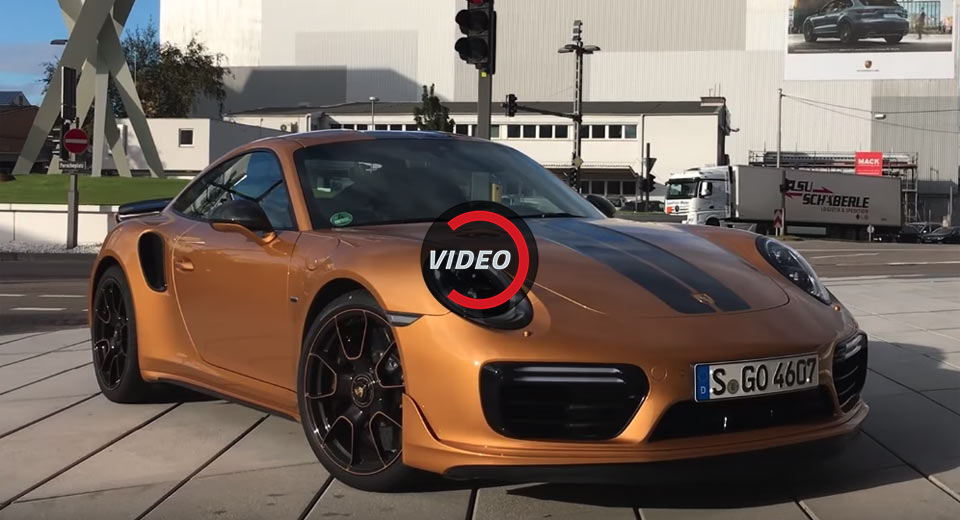 Compared to the ‘standard’ Porsche 911 Turbo S, the Exclusive Series may seem like it is all show and no go.

Both its exterior and interior are dominated by comprehensive alterations but the twin-turbo 3.8-liter flat-six has also been tweaked, helping it to now deliver 599 hp and 553 lb-ft of torque. Despite the small power gains, the German brand says it’s no faster than an ordinary Turbo S.

During recent performance tests of the model, Germany’s Sport Auto managed to hustle the car to 343 km/h (213 mph), a fair bit faster than the 205 mph which Porsche claims is the top speed.

Admittedly, this speed is solely based off the speedometer which at such high speeds, could be out by 10 per cent, potentially even more. Additionally, we don’t know if this top speed run was made downhill or with a tailwind, two factors which could influence the car’s top speed.

Either way, the added horsepower of the Turbo S Exclusive Series should, in theory, make it slightly faster than a base Turbo S. Prospective owners should, therefore, rest easy knowing that they didn’t just pay for some unique styling touches.