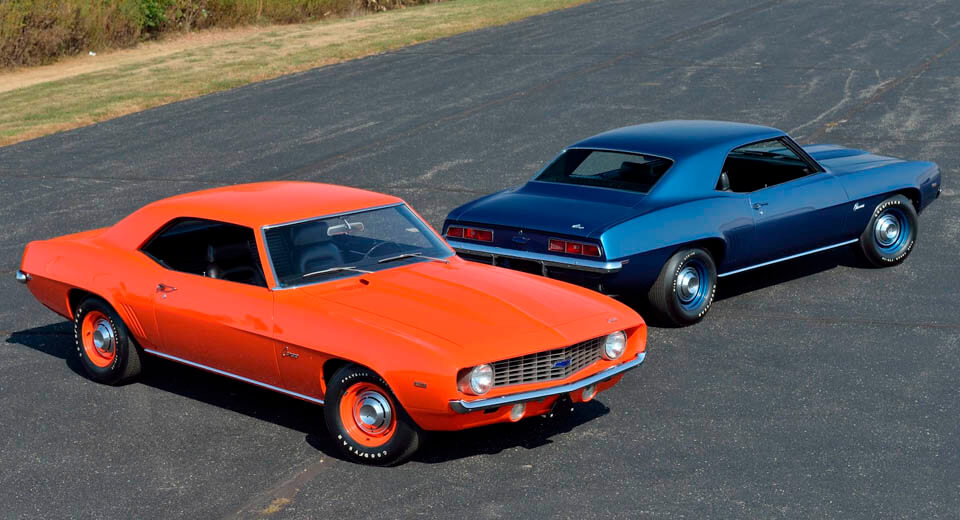 Today's Camaro ZL1 is a whole lot of machine, and represents what could be the most compelling Chevy muscle car ever devised. But it wasn't the first.

The original ZL1 was produced in a highly limited run of just 69 examples, leaving them highly coveted among collectors. But two of those are coming up for auction... as a pair, no less.

Sure to be one of the most hotly contested lots at Mecum's upcoming auction in Florida is a pair of very rare, highly original, and supremely desirable 1969 Chevrolet Camaro ZL1s – the 18th and 30th of those 69 made (and 50 successfully sold by the commissioning dealer).

Back in the late '60s, GM was reluctant to sell anything this powerful to the public, but certain dealers and executives committed to the muscle-car format found a way around that. They used the Central Office Production Orders (COPO) process typically employed for taxis and police cars, placing one big order for a batch of barely-legal road cars that were really designed for racing.

The ZL1 that resulted packed the 427-cubic-inch (7.0-liter) V8 developed by McLaren and Chaparral for use in their Can-Am racers. The aluminum-block engine produced a claimed 430 horsepower – but an actual 500 – at a time when the base Camaro's 3.8-liter inline-six produced just 140 hp and even the top SS 396 kicking out no more than 375.

The resulting beast became a favorite among racers but an absolute menace to handle on public streets. And it was horrendously expensive. GM charged the commissioning dealer Fred Gibb the cost of developing the ZL1 engine, which (when amortized across the production run) left each vehicle saddled with an eye-watering sticker price of $7,324.35. That was 65 percent more than the $4,781 on a Corvette Stingray!

No wonder Gibb had trouble selling them, returning dozens to the factory. But these two found owners. The Dusk Blue example was the 18th made; the Hugger Orange was the 30th. They've both kept their original engines, came equipped with four-speed manual transmissions (instead of the three-speed automatics), and are presented in beautifully restored yet highly original condition.

Mecum has handled each of these before, but didn't find them new owners despite high bids of around $500k on each. If someone comes up with sufficiently more than a million, though, they could find themselves taking the pair home from Kissimmee this coming January.