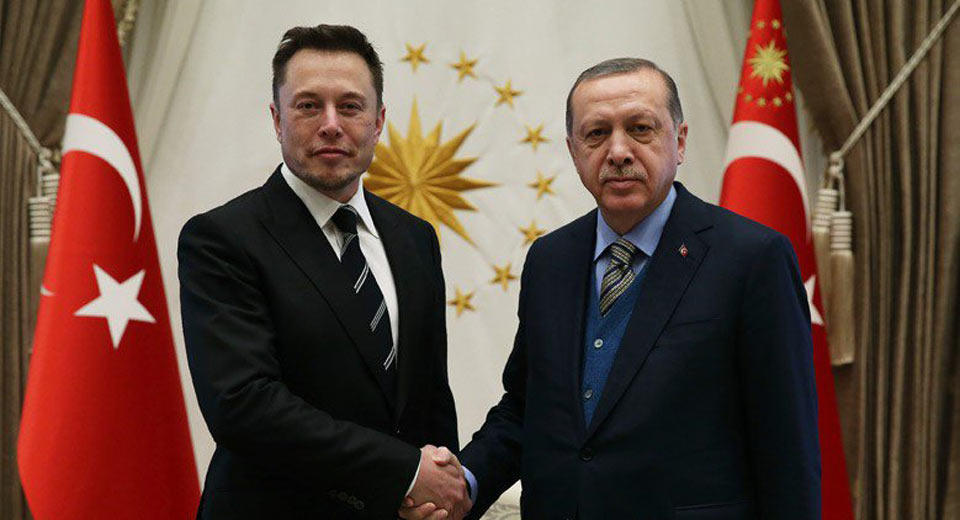 Neither Tesla nor the Turkish President have commented on what sparked the meeting, but Mashable reports talks may have been had about Tesla’s interest in Turkey’s domestic automotive plans.

The official Twitter profile of Recep Tayyip Erdogan shared an image of Musk shaking hands with the president at the country’s Presidential Complex. It too did not provide context for the meeting.

As it stands, Tesla doesn’t sell any of its vehicles in the country but in his quest for world domination, it seems probable Musk wants to change that.

In additional images of the meeting shared online, Musk and Erdogan were pictured alongside three scale models of SpaceX rockets.