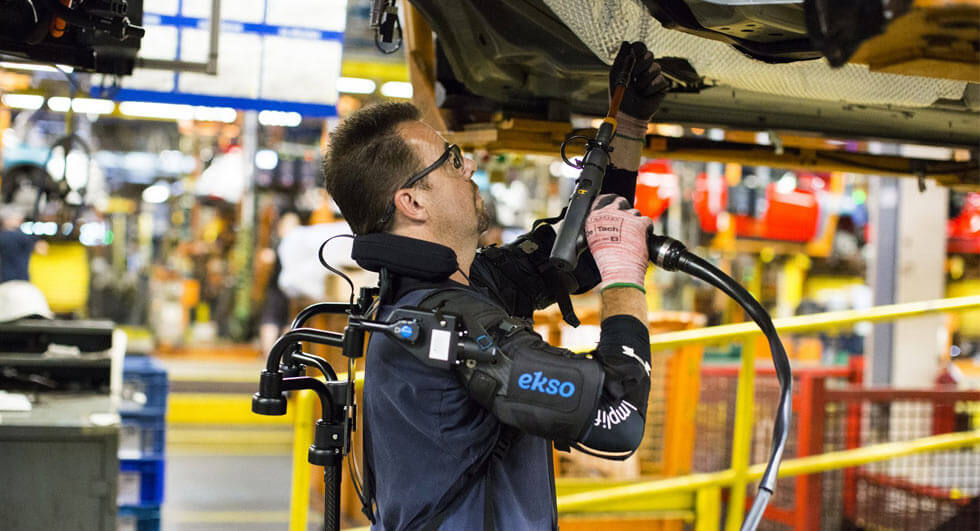 Ford recently expanded the use of Microsoft's HoloLens but designers aren't the only ones benefiting from advances in technology.

As part of a pilot program, the company is having assembly line workers test out an upper body exoskeletal technology called EksoVest. Designed to reduce workplace injuries and fatigue, the EksoVest is a wearable device which elevates and supports a worker’s arms while they are performing overhead tasks.

The EksoVest fits workers who are between 5' and 6' 4" tall and provides adjustable levels of lift assistance. Ford says the vests can provide up to 15 lbs (6.8 kg) of assistance per arm and notes the devices are comfortable to wear as they are relatively lightweight.

According to assembly line worker Paul Collins, “My job entails working over my head, so when I get home my back, neck and shoulders usually hurt. Since I started using the vest, I’m not as sore, and I have more energy to play with my grandsons when I get home.”

While the vest might sound like overkill, Ford points out some assembly line workers lift their arms 4,600 times per day and about a one million times per year. Unsurprisingly, this can take a toll on workers and that's a key reason why Ford is testing out the vests at two plants in the United States.