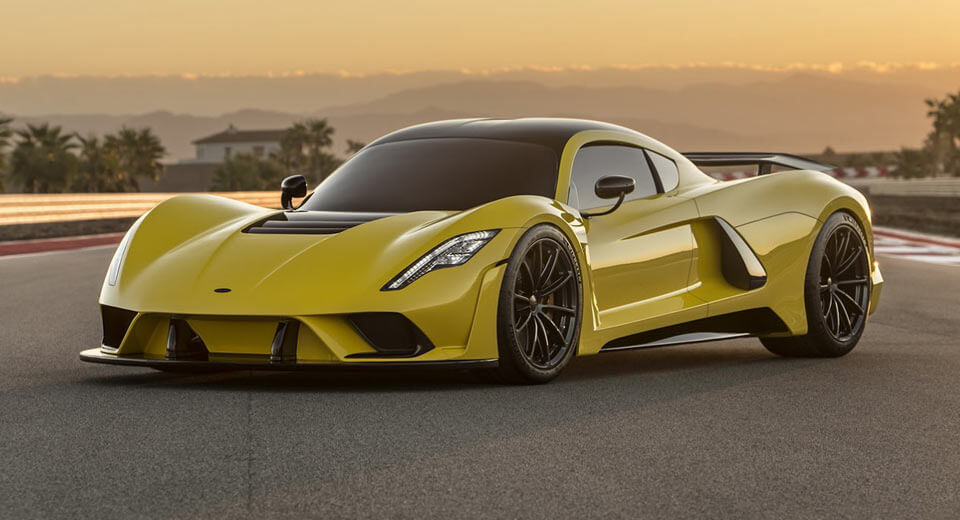 In early November, Hennessey unveiled the Venom F5 with an ambitious claim that it will hit 301 mph (484 km/h).

At the time, such a top speed seemed rather far-fetched. After all, Bugatti had previously declared that the Chiron won’t reach the 300-mph mark. However, a few days after the Venom F5’s launch, Koenigsegg set a new production car top speed world record, reaching an average of 277.9 mph and 284 mph during a single pass.

With this in mind, is John Hennessey’s claim of 300 mph actually achievable?

A few weeks back, Jalopnik asserted that it was extremely unlikely because of the tires used by the Venom F5. According to tire experts and even Michelin themselves, Hennessey’s claims could be somewhat excessive.

Responding to these assertions, John Hennessey recently spoke with Jalopnik at the LA Auto Show, indicating that the Texas tuner doesn’t really know what speeds the F5’s tires will tolerate.

“Those guys aren’t going to go on the record from a liability standpoint—sure they’re not going to say.

“So if I was a little more casual and relaxed probably because I’d had a margarita [when first discussing a 301 mph top speed]. You know we’re going, you’re trying, to go 300. We’d like to go 300,” Hennessey said.

The man behind the tuner doesn't seem so resolute about the Venom F5’s top speed abilities after all. However, he did say that if the company feels like it reaches the limit of the tires during high-speed testing, it will put a speed limiter on the hypercar.

“If we get to a point where whatever speed it might be—280, 285 or 290, and we feel like, okay that’s the limit of the tires, we will put a speed limit on the car. Okay? You put a limit on because, again, safety is paramount.”

Engineering Explained recently said that on paper, the Venom F5 has enough grunt to reach 300 mph, claiming that the only limiting factor will be tire technology.