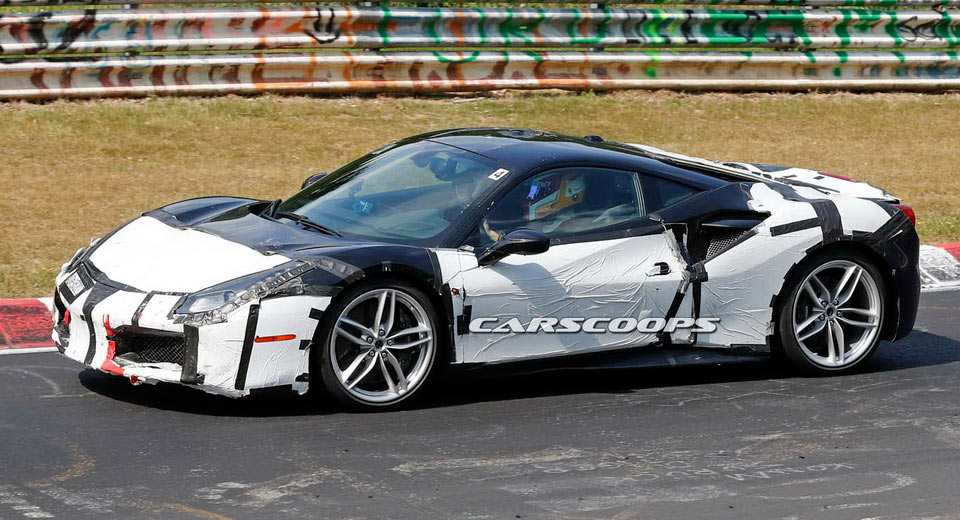 We’ve been waiting for the hardcore version of the Ferrari 488 GTB for quite some time now but it appears that our wait will be over soon.

The Italian supercar maker is developing the track-focused 488 variant under near-complete secrecy, with Autocar reporting a 700hp power figure from the revised twin-turbo 3.9-liter V8.

Rumor has it that Ferrari is planning on using the GTO moniker for the fourth time, following the 250 GTO, the 288 GTO and more recently the 599 GTO. If this is true, then the Italian company might even try to evoke the spirit of the 288 GTO with the hardcore 488, since they’re both turbocharged and with the engine in the middle.

Up until the 599 GTO came along, Ferrari used the sacred moniker for the aforementioned models, as they were basically thinly disguised race cars for use on the road.

Whatever the name, the new 488 variant will feature a revised bodywork for better aerodynamic efficiency and angrier looks as shown in a spy shot last month. Weight will also drop, thanks to Ferrari stripping parts from the interior as well as using thinner glass and a lighter wheel-brakes combo.

GTO or not, the track-focused Ferrari 488 will have to prove itself against some pretty tough competition that includes not only the McLaren 720S but the Porsche 911 GT2 RS as well, when it goes on sale in 2018.