New Toyota Supra Shows Up In Side Profile Renderings - Yay Or Nay? 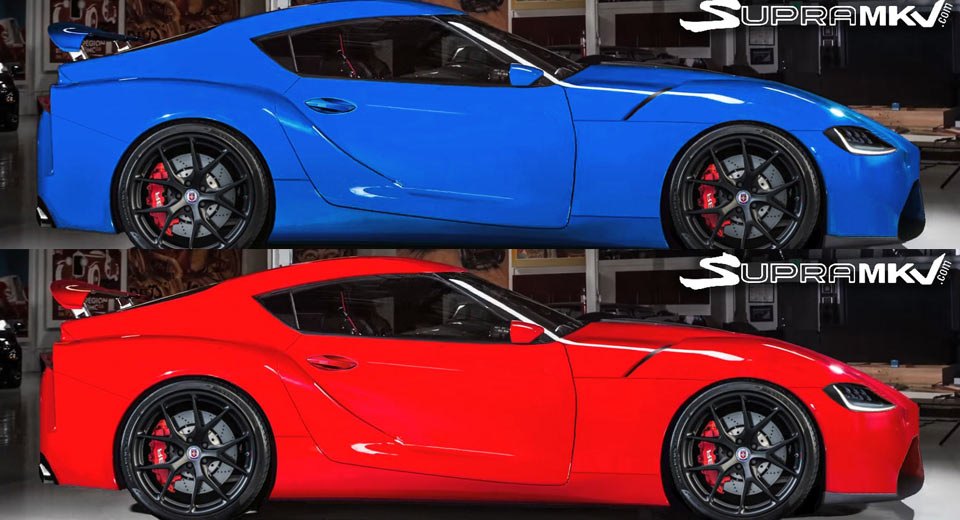 Toyota has yet to settle on a name for its impending sports car co-developed with BMW, but one thing that appears to be finalized is the vehicle’s design.

As recent spy shots have shown, the new Supra will essentially be a tamed version of the eye-catching Toyota FT-1 Concept from a few years ago. From the front, this should result in an aggressive stance and large intakes, potentially similar to what some renderings have depicted.

Now, members of the SupraMKV forum have decided to render the car from a different angle, this time showing its side profile. With clear design inspiration coming from the FT-1, it too looks just as promising as the front. Rendered in a range of colors, we can see that the new Supra could feature prominent creases above the front and rear wheel arches and a roofline and side windows similar in shape to the Nissan GT-R.

Looks aside, the next Toyota Supra will reportedly be offered with two different powertrains, the first consisting of a four-cylinder producing roughly 248 hp. Additionally, a more potent six-cylinder version is sure to prove popular among enthusiasts, especially if reports about its 335 hp output turn out to be accurate.