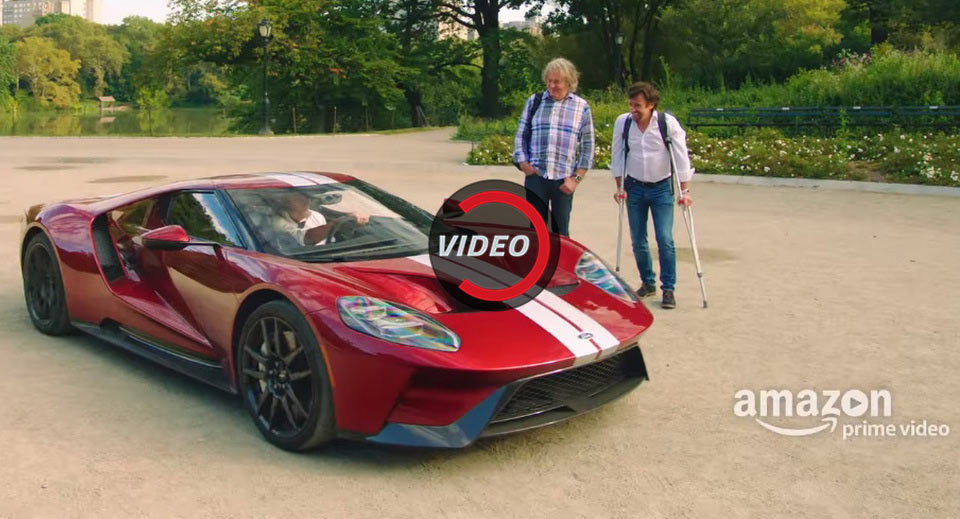 After the eagerly awaited debut of the Grand Tour’s second season, the trailer of the second episode previews a classic race between Clarkson, Hammond and May.

The Grand Tour calls it a “public transportation challenge”, and involves Clarkson racing the other two from NY to the Niagara Falls using a Ford GT against a commercial airliner. I wonder where they got the idea from.

With Hammond still recovering from his famous Rimac crash, the challenge will prove to be more complicated for the presenters not driving a car, which is sort of what you would expect from the show.

The second episode will also feature a review of the Mercedes-AMG GT R, as well as cricketer Kevin Pietersen and baseball’s Brian Wilson in a new Celebrity Face Off.

Episode 2 will air this Friday, December 15 on Amazon Prime Video.