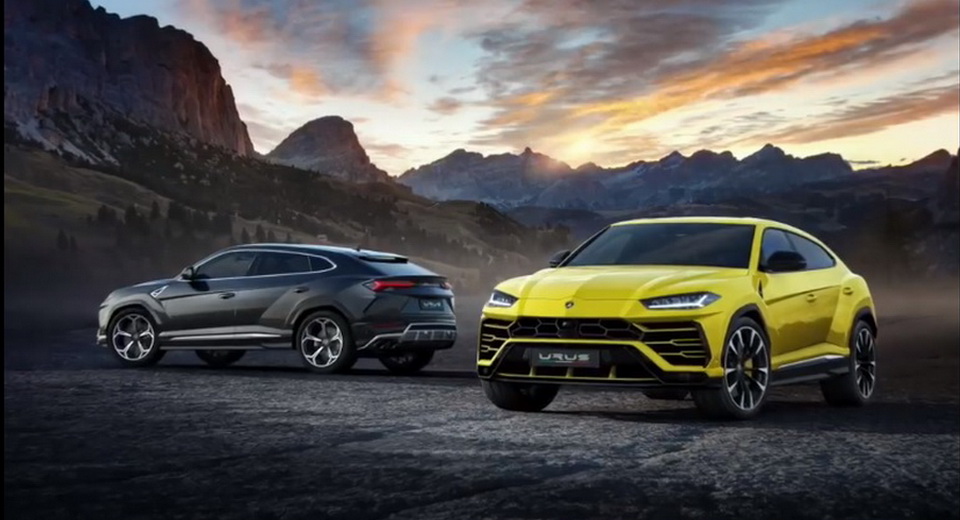 The Lamborghini Urus is being brought to our attention one last time, ahead of today's live unveiling, so if you cannot wait to see it, make sure you save this link and come back at 12pm EST (6pm CET).

Billed as the game changer the Italian automaker needs, it joins the Huracan and Aventador as the brand's third product. Technically, it represents a much sportier take on the VW Group's Bentley Bentayga, with various parts coming from Audi.

Having being paraded as a concept since 2012, the Urus' design won't come as any surprise, though, obviously, Lamborghini has refined the SUV's styling details since then.

The super SUV won't be limited to a single model, as the 4.0-liter twin-turbo V8 engine that powers it at launch, making some 650hp, is believed to be joined by a plug-in hybrid version further down the road, which will inevitably become the first production Lamborghini to benefit from electrification.

We'll have more soon, so check back after 12pm EST.