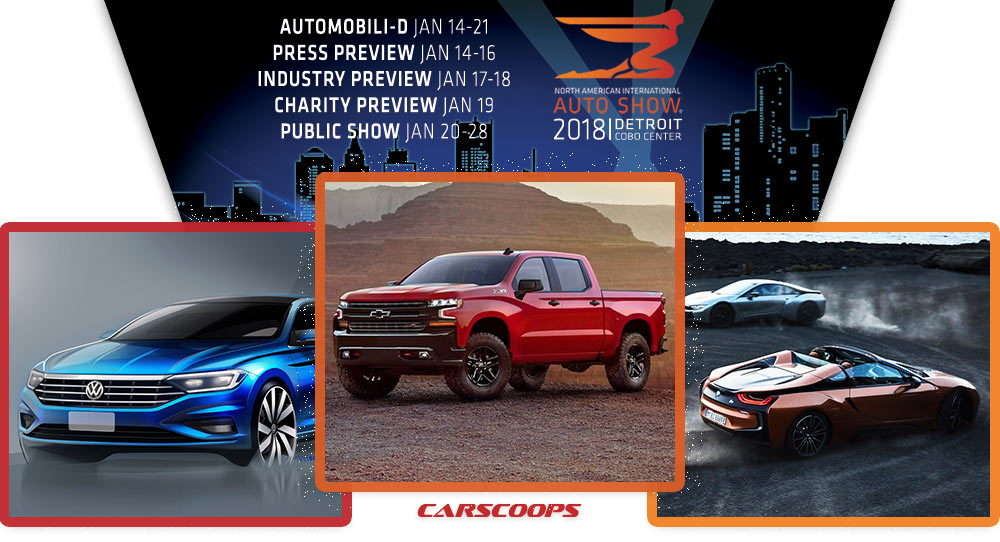 This year, we’ll see a parade of notable concept and production car debuts ranging from the renewed VW Jetta and Toyota Avalon sedans to the BMW i8 Roadster and the Infiniti Sedan and Lexus Flagship SUV studies. Naturally, it wouldn’t be 2018 without trucks and SUVs, with debutants including the first new generation of the iconic Mercedes-Benz G-Class in three decades and the next Chevrolet Silverado.

There are also a handful of lust-worthy debuts that have been rumored, but not yet confirmed, such as the elusive mid-engine Corvette C8 and the Ford Mustang Shelby GT500 and Bullitt duo.

We’ve compiled a preliminary list of the definite as well as whispered 2018 NAIAS premieres in alphabetical order below, which we’ll keep updating on a daily basis as the show approaches and news becomes available.