Do Good, Drive Better With This 2017 Ford GT Being Auctioned For Charity 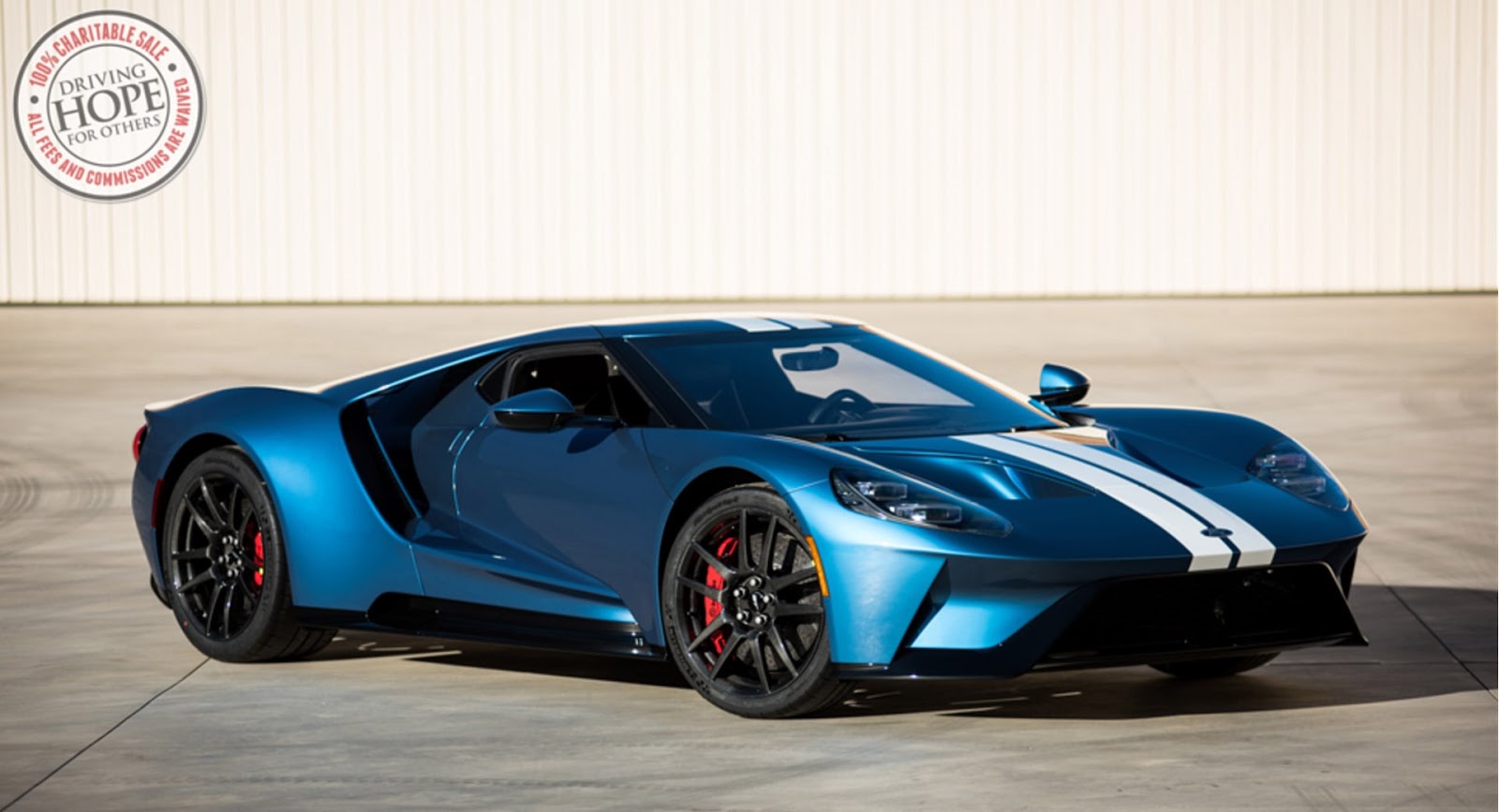 Want to get your hands on a new Ford GT? You could place an order and hope for a build slot, or you could head to Scottsdale, Arizona, later this month.

That's where Barrett-Jackson will be auctioning off this splendid example in Liquid Blue and white racing stripes, with 100 percent of the proceeds going to charity.

The car belongs to one Ron Pratte, a noted collector and Arizona native. Pratte generously donated his GT to the Everham Family's Racing for a Reason Foundation, which has consigned the car for auction to benefit the Autism Society of North Carolina.

Like the other 250 examples Ford will make each year (at a rate of one per day), Pratte's GT packs a tightly wound 3.5-liter twin-turbo V6 – mated to a seven-speed dual-clutch transmission and rated at 647 horsepower and 550 lb-ft of torque – into middle of a carbon monocoque chassis.

As if the prospect of owning one of the finest supercars ever made in North America – and the opportunity to help a good cause – weren't enough, the winning bidder will also receive tutelage behind the wheel at the Ford Performance Racing School in Tooele, Utah. The hammer's set to drop at about 8:30 pm local time on Saturday, January 20, 2018.

If you miss out on the super-Ford, there'll be several other cars being auctioned for charity as well – including the first production 2019 Corvette ZR1 as well as a 1988 Corvette 35th Anniversary Edition, '87 Chevy Monte Carlo SS, '96 Ford Mustang, 2017 Ford F-250, a custom roadster and a pontoon boat.