BMW Working On Hybrid Supercar To Go After Lambo And Ferrari? 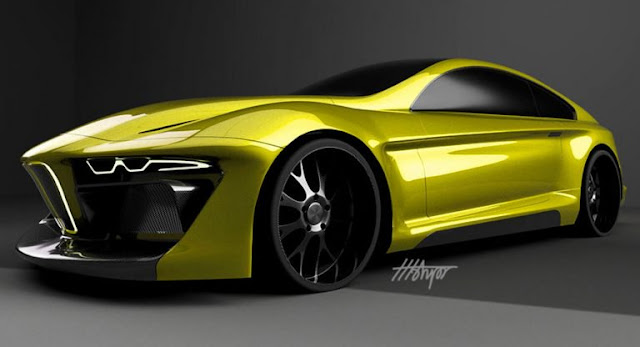 BMW appears to be interested in launching a proper supercar, which will take on rivals such as the Porsche 911 Turbo, McLaren 570S and more.

Believed to serve as an indirect replacement for the current i8, Autocar reports that the yet-unnamed Bavarian supercar could sit at the high end of the Munich-based car firm’s M division.

The new BMW supercar is believed to arrive by 2023, when Ferrari, Lamborghini and other exotic carmakers will already have launched their new electrified models, featuring a really powerful hybrid powertrain.

“If you are an engineer, once in your life, you want to make a super-sports car. I think partial electrification will enable that”, BMW board member responsible for product development, Klaus Frohlich, told the British publication.

“If we have these very compact and very powerful electric driving units, if we have a carbon fiber chassis – for example, the i8’s – and if we still have high-performance engines, then, if you do it cleverly, you can combine them into a real performance package”, he added.

It’s still too early to talk about power, but the upcoming BMW supercar will allegedly have some 700 horsepower to play with. This will easily allow it to sit above the M8, which should benefit from over 600 horses. It will also make it more expensive than the flagship GT and the outgoing i8.

Launching the rumored sports model with a hybrid/plug-in powertrain and a lightweight construction will be the first step into an electrified future for the BMW M division. And their final stop will be zero-emission high-performance cars, although hybrids and plug-in hybrids are thought to account for most sales.

“M will also be electric in the future, but we will work heavily on partial electrification on M cars”, commented Klaus Frohlich. “This is because they do not only need acceleration on the straight. They have to drive around corners and race tracks, so weight is an issue and electric vehicles still have a weight penalty for range.”
Tags : BMW, BMW M, Electric Vehicles, Hybrids, PHEV, Reports,
Share to: