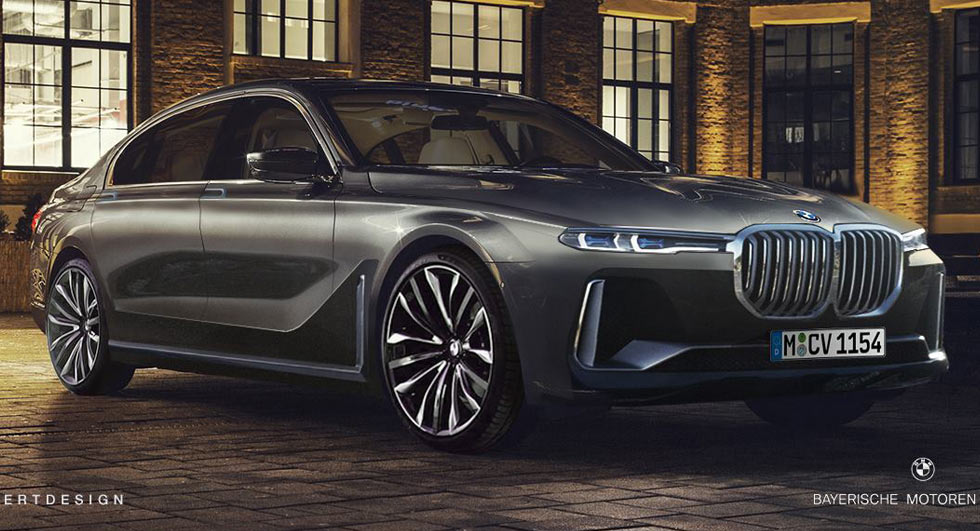 The BMW X7 iPerformance concept was one of the misfires at the Frankfurt Motor Show but Peisert Design was curious to see if the crossover's controversial styling would work on the 7-Series.

While we originally called the X7's grille "gaudy enough to make an Escalade blush," grafting it onto a 7-Series makes the situation somewhat better. It's still massively oversized and flanked by comically large air vents but that's still an improvement on the original concept.

Perhaps the only place where the X7's design works on the 7-Series is on the sides. The design appears somewhat evolutionary and the flush-mounted door handles aren't that much of a distraction. That being said, we prefer the look of the standard model.

Out back, the design isn't half bad either as it appears to be a futuristic take on the 7-Series' rear end. The slender taillights are a bit of a departure and the air vents are out of place but there's little doubt a few fans would prefer this over the so-called Bangle butt.

Larger and more luxurious than the X5, the X7 iPerformance concept previews a production model which will be launched late next year. The crossover is slated to ride on the CLAR platform and feature an assortment of six- and eight-cylinder engines. There have even been rumors about a range-topping variant with four seats and a V12 engine.