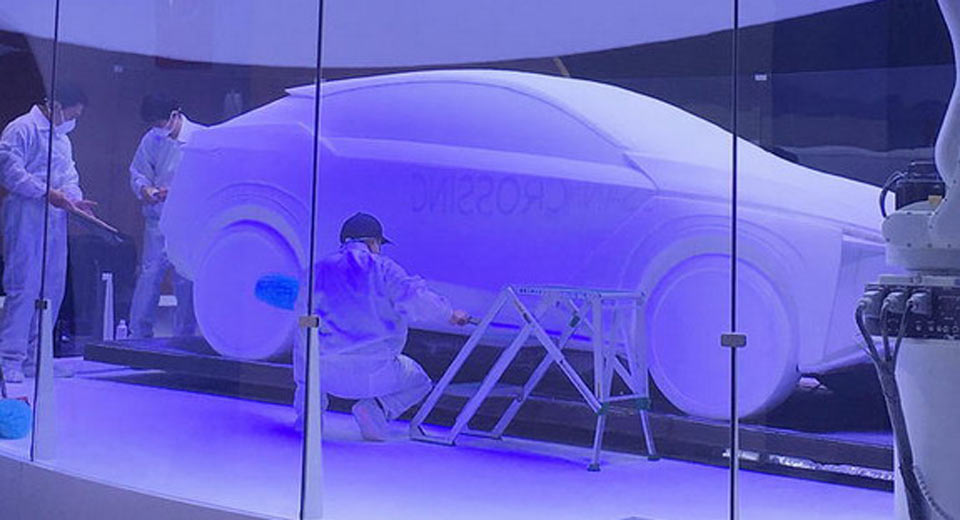 The automaker released a short video of the concept last week and this image provides us with an even closer look at the crossover. To our eyes, it looks like a mish-mash between the Faraday Future FF 91 and China’s Nio ES8 electric SUV.

At the front, an aggressively-tapered fascia is evident alongside a set of slim headlights and large intakes, similar to the Nio. Elsewhere, we can see the concept will feature prominent wheel arches, a sharp body line running from the headlights to the rear and a floating C-pillar not dissimilar to the latest-generation Nissan Leaf.

Beyond its design, little is known about the crossover, other than the fact that it will be all-electric and feature autonomous driving technologies.