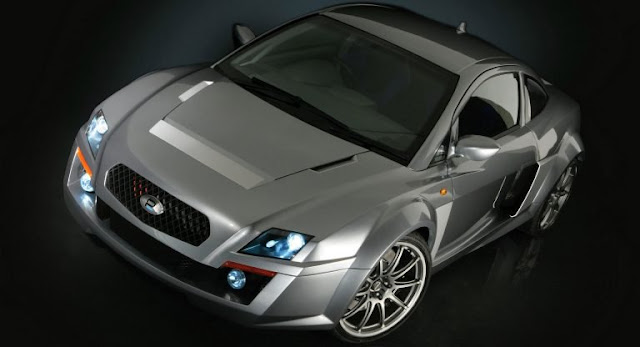 Born as a demonstration of what Prodrive could do, the P2 debuted back in 2006 as a fully working concept packed with rally-bred technologies.


It had a full anti-lag system that made it spit flames and sound like a true WRC, while Prodrive also added their own trick active diff technology that essentially killed all understeer with the turn of a knob.

The prototype was designed, engineered and built in just nine months at Prodrive’s UK facilities. The sharp composite bodywork was penned by none other than Peter Stevens, the man responsible for the styling of the McLaren F1.

It’s not the prettiest thing, but then again it wasn’t meant to be pretty, focusing instead in sharp angles, bulges and a set of really big side air intakes. It was a two-door sports car that wanted to look like it escaped from a rally stage – and in that, it succeeded.

The chassis also came from Subaru, but instead of choosing the Impreza platform, Prodrive chose to build the P2 on the underpinnings of the Subaru R1, the brand’s Kei car at the time. The compact chassis was completely re-engineered by Prodrive in order to accommodate the powertrain and fit the coupe bodywork.

The true highlight was off course the combination of the anti-lag system with Prodrive’s ATD active center and rear differentials, making the P2 essentially a phenomenal performer, despite having “only” 345hp.

Top Gear even had a go in the Prodrive P2, demonstrating how the active differentials worked their magic while flooding our ears with its rally car-like sound.

If the P2 reached production, Prodrive reckoned it could be sold for around £40,000 back in 2006 (around $50k in current exchange rates). Shame they never really intended to build it in the first place. but if they did, cars like the Mitsubishi Evolution and Nissan GT-R would have yet anoyher rival to deal with.
Tags : Concepts, Prodrive, Rally Cars, Subaru, Video, WRC,
Share to: