Holden Builds Its Final Model In Australia, Marks The End Of 69 Years Of Production 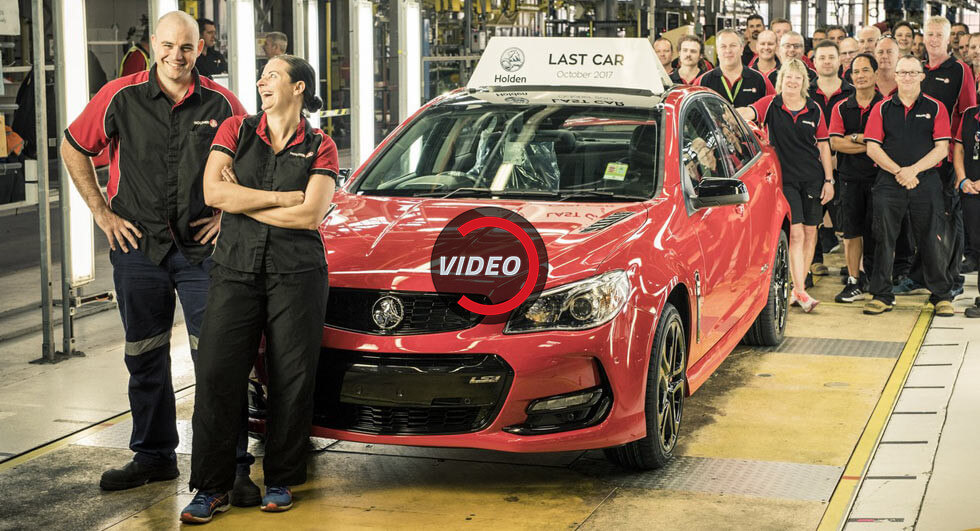 After 69 years of automotive production, Holden marked a somber moment as the last Australian-built model rolled off the assembly line earlier today.

The final car was a VFII Commodore Redline and it will hold a special place in Australian history as car isn't just the last Holden to be built in the country but the last car to be produced by a major automaker following the exit of Ford and Toyota.

While Holden has only been building cars since 1948, the automaker says it's the "second oldest transportation company" in the world as it started as a saddlery business in 1856. Over the years, the company produced 7,687,675 vehicles and employed countless numbers of employees.

During a private ceremony for employees, Holden Chairman Mark Bernhard said "Holden is the icon it is today only because of these passionate people. On behalf of everyone at Holden, I thank you for your service from the bottom of my heart."

The plant closure has been hard for a number of employees but Bernhard says 85 percent of workers have successfully transitioned to other jobs and "we’ve worked closely with our people to support them." Bernhard went on to say the employee transition center will remain open for at least two more years so "all Holden and supply chain employees have the best possible chance to successfully transition."

Despite the end of Australian production, Holden will still continue to employ approximately 1,000 people including the company's design and engineering teams.