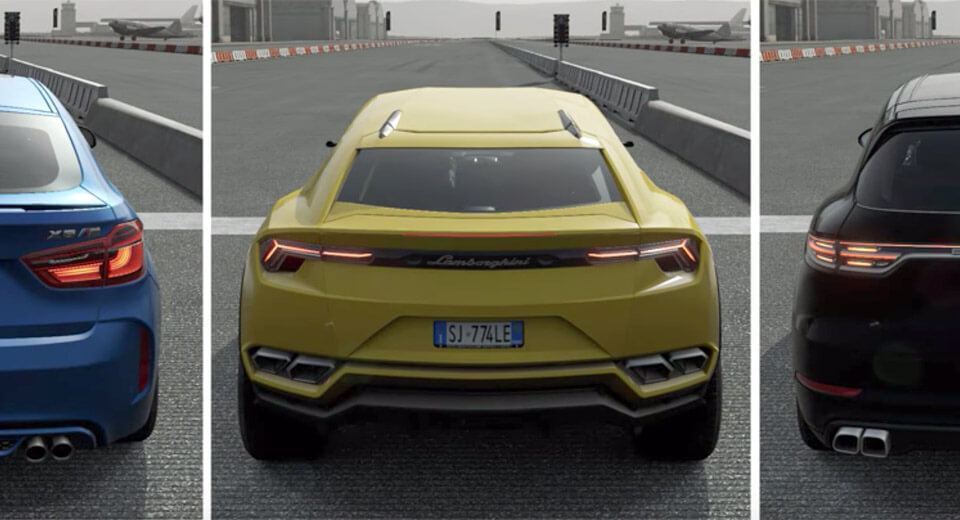 Now that the Lamborghini Urus has arrived, the big question is how it will stack up against the competition.

That'll be a difficult question to answer, not least because the Urus doesn't really have any direct competition – positioned as it is well above any other performance SUV out there, and with much more power.

But it does have some rivals that come close, like the Porsche Cayenne Turbo and the BMW X6 M, for example – models which also have twin-turbo V8s displacing four-some-odd liters to deliver prodigious performance, albeit not quite at the level of the Urus.

It may take a while yet before anyone's able to put these three (or really any other would-be contenders) in the same place. But in the meantime, the gamer/YouTuber known as Dizeuul has put them together in the cyperspace of Forza 7 (brought to our attention by our friends at Motor1).

A reliable comparison? Maybe not. But the programmers at Turn 10 Studios pour considerable energy and expertise into getting the vehicles and their environments just right, so it may not be that far off.