Mitsubishi Details The e-Evolution Concept, AKA The Evo No One Wants 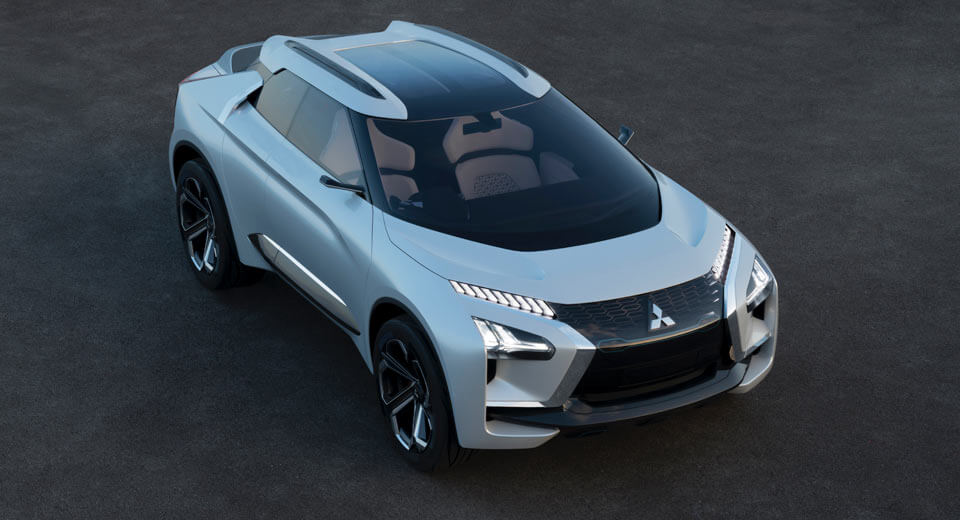 Not long after images of the Mitsubishi e-Evolution Concept leaked, Mitsubishi has detailed the vehicle’s design and its powertrain.

As we already knew, the e-Evolution Concept utilizes three electric motors and a battery pack mounted under the floor. Additionally, the triple-motor 4WD system includes Dual Motor Active Yaw Control which can couple the two rear electric motors together through an electronically controlled torque-vectoring unit.

Mitsubishi’s Super All-Wheel Control (S-AWC) also makes an appearance on the e-Evolution Concept in a bid to provide the crossover with sports car-like handling. Braking is provided by electric calipers, rather than hydraulic ones.

The e-Evolution Concept also includes an advanced artificial intelligence system. The carmaker says this system “augments the driver’s capabilities” through a series of sensors that read changes in road and traffic conditions. Furthermore, the AI system can provide a customized training programme for the owner to improve their driving. Fancy.

“We aim to provide vehicles that fulfill our customers' desires through outstanding design, combined with the power, authenticity and carefully-considered functionality Mitsubishi Motors is known for," said Mitsubishi head of global Design Tsunehiro Kunimoto.

From a visual standpoint, there’s no mistaking the concept as anything but a Mitsubishi. It includes an updated Dynamic Shield grille now clad in glass, large air intakes below the headlights to cool the brakes, and an aggressively slanted windshield.