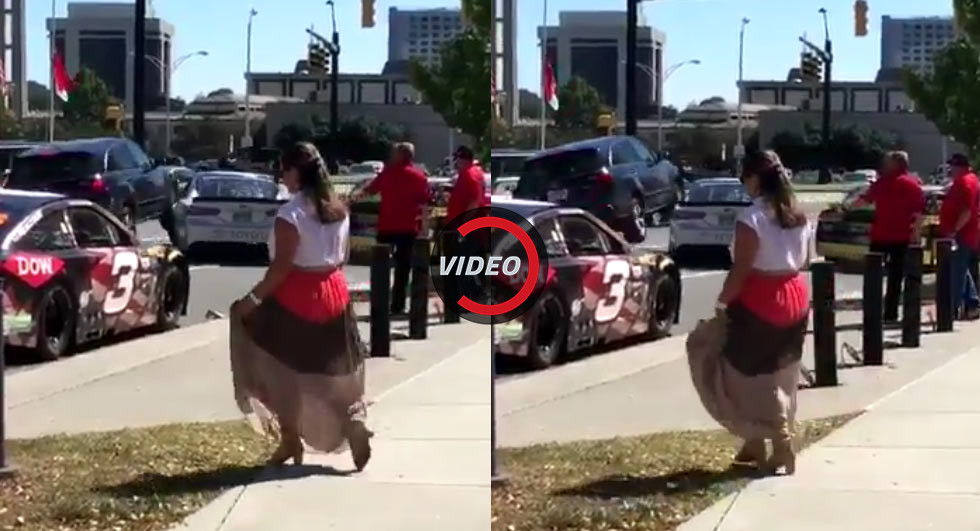 NASCAR has seen its fair share of high-profile crashes but the latest one is interesting because it occurred off the track.

As Autoweek reports, a number of NASCAR vehicles where in downtown Charlotte, North Carolina on Tuesday to promote the Bank of America 500 which takes place on October 8th. The event was near the NASCAR Hall of Fame but the streets weren't closed off and only had a police officer directing traffic and signaling cars to slow down.

Just as driver Brad Keselowski was about to talk to journalists, one of the Toyota Camrys on display was pulling out into traffic. Right as this occurred, the car was hit by an Acura crossover which flew up on two wheels.

Despite getting airborne, the damage doesn't look too bad as the Camry only appears to have a scrapped front fender and a damaged hood. The Acura wasn't as lucky as the video shows it received some front end damage.

The accident will probably make NASCAR fans cringe but reports suggest the Camry was only a show car and not a full on race car. Interesting enough, the vehicle looks identical to the one shown at the North American International Auto Show earlier this year.

Just as we started speaking with @keselowski, a street car crashed into a show car.