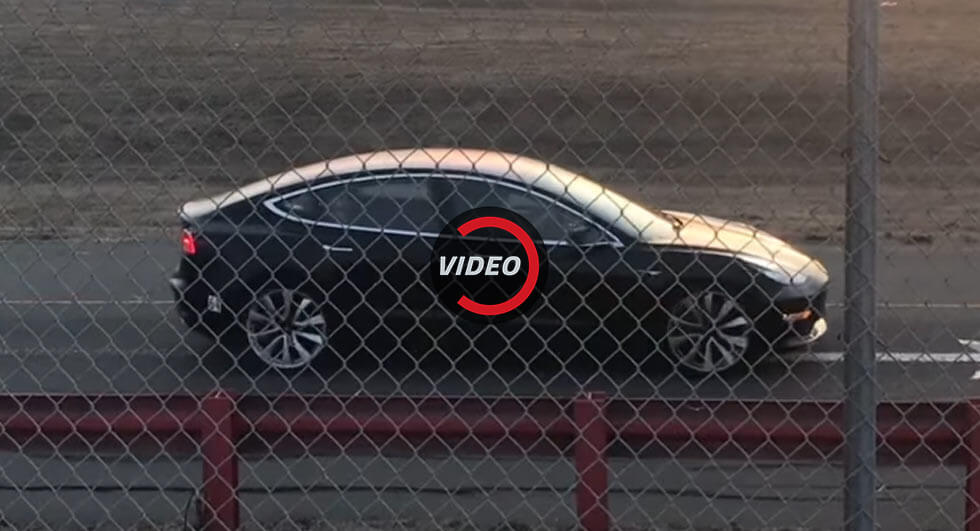 A mysterious Tesla Model 3 has been spied undergoing testing at the company's track in Fremont, California.

While the video doesn't show much, the car has been equipped with red brake calipers and this has caused speculation that the model is a performance variant. That seems like a massive jump to conclusions but it could be possible as Tesla CEO Elon Musk has previously said the company will offer a performance model and it could arrive in mid-2018.

Of course, it's worth noting that Musk cautioned the timetable may change as the Model 3 is in "production hell" and "more versions = deeper in hell." Tesla also has a massive backlog of orders for the standard Model 3, so it's possible the company could focus on building the base model before introducing additional variants.

Regardless of what the company is planning, the performance version of the Model 3 is expected to use a dual motor system which would give the car increased performance as well as all-wheel drive. There's no word on specifications but the rear-wheel drive model can accelerate from 0-60 mph in as little as 5.1 seconds and travel up to 310 miles (499 km) on a single charge.

Probably middle of next year. Focus now is on getting out of Model 3 production hell. More versions = deeper in hell.