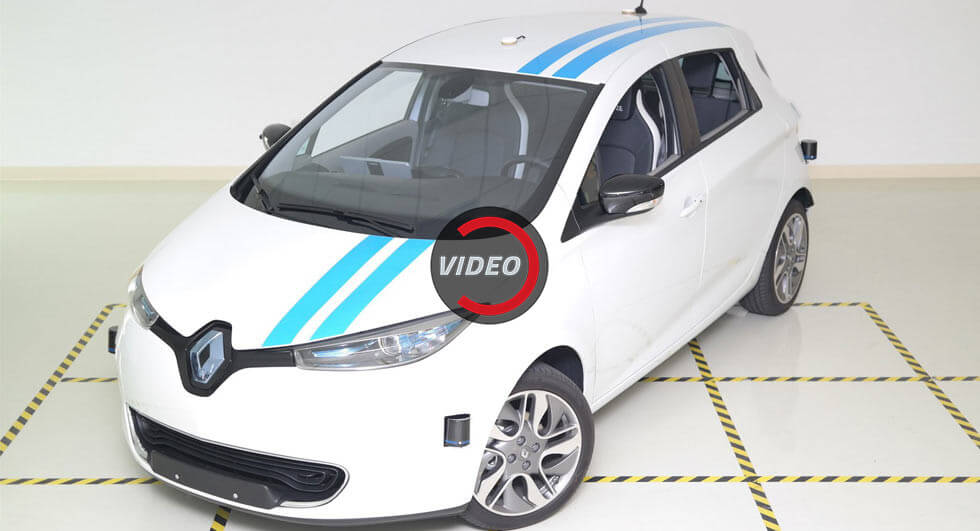 Group Renault has developed an autonomous driving prototype that has an "obstacle avoidance capability as good as professional test drivers."

Dubbed Callie, the prototype is based on a Renault Zoe and it has been taught by some of the company's best test drivers. As the human drivers complete the course at ever increasing speeds, Callie learns how the drivers respond to obstacles and then mimics them. Thanks to this learning process, the prototype can perform just as good as human drivers on the obstacle course.

Renault says this is an industry first and is an "important next step in using autonomous driving to improve vehicle safety." The avoidance technology could be useful in a number of situations including when a vehicle in front of the car suddenly stops and the only way to avoid a collision would be to swerve into an adjacent lane.

Groupe Renault intends to become one of the first automakers to offer "Mind off" technology on mainstream vehicles and the company has plans to launch more than 15 Renault models with different levels of autonomous driving capabilities by 2022.

According to Simon Hougard, the director of Renault Open Innovation Lab – Silicon Valley, “At Groupe Renault, we are focused on being an innovation leader in products, technology and design. Our innovation efforts aim at developing advanced autonomous driving technologies that consumers can trust will create a safer, more comfortable journey.”