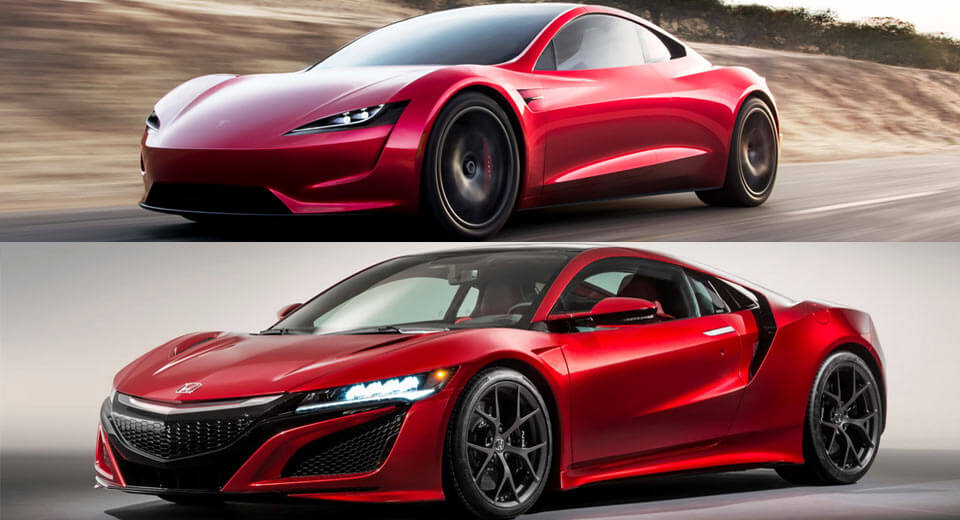 Now more than ever, it seems as though car enthusiasts are continually claiming the designs of new vehicles copy the styling of existing vehicles.

For example, many online have indicated that the front of the new Aston Martin Vantage looks just like a slightly more aggressive Mazda MX-5 Miata.

Unquestionably the most head-turning new car released in the past week is the Tesla Roadster and it too has failed to escape comparisons with other cars. More specifically, a car design student named Eriquin G. emailed us asserting that the design of the Roadster closely mimics that of the Honda NSX.

The designer points out a number of similarities between the duo. For starters, both the Roadster show car and the NSX utilize similar wheels, although the Tesla does have a few more spokes. Elsewhere, we can see a similar body line just after the front wheel arch, reaching back along the doors. The rear side windows of the duo also bear some resemblance to each other.

Looking from above, the curiosities continue. Both the Roadster and NSX feature hoods with tapered lines stretching down towards the front bumper. The shape of the rear quarter panels is also quite similar, although the Tesla is slightly more curvaceous and uses fewer straight lines than the NSX.

In this writer�s opinion, the two do look quite similar but not to a worrying extent and certainly nowhere near the blatant rip-offs that have emerged from China in recent years.

Let us know what you think in the comments below. Do you think Tesla copied the NSX, another production car or is it an original design that looks like no other on the road? 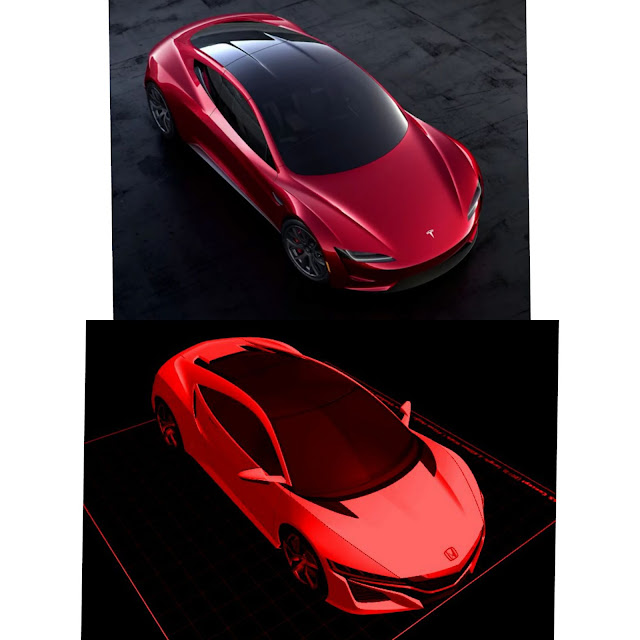 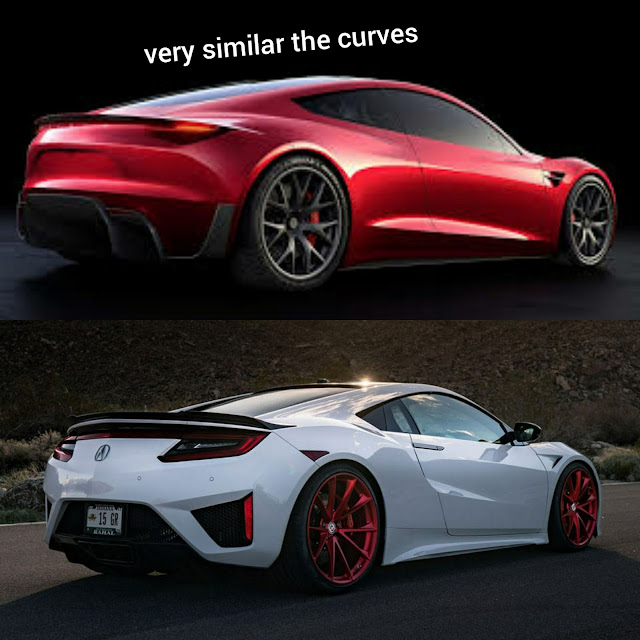 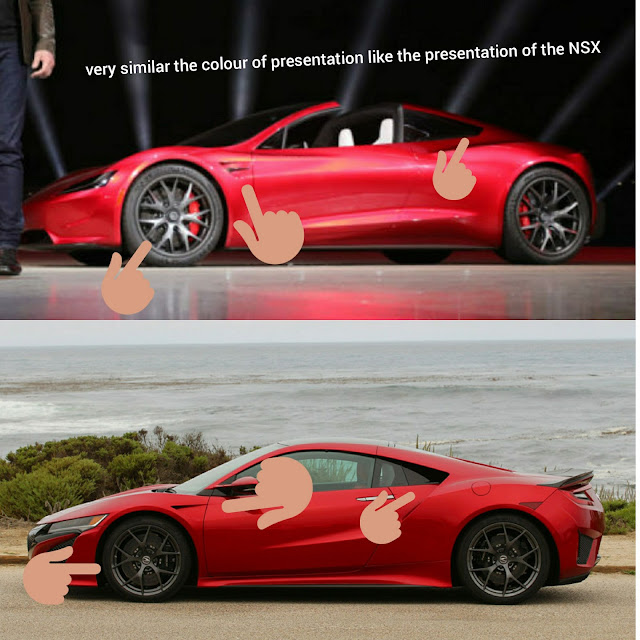 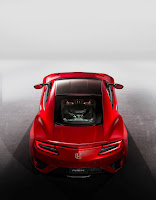