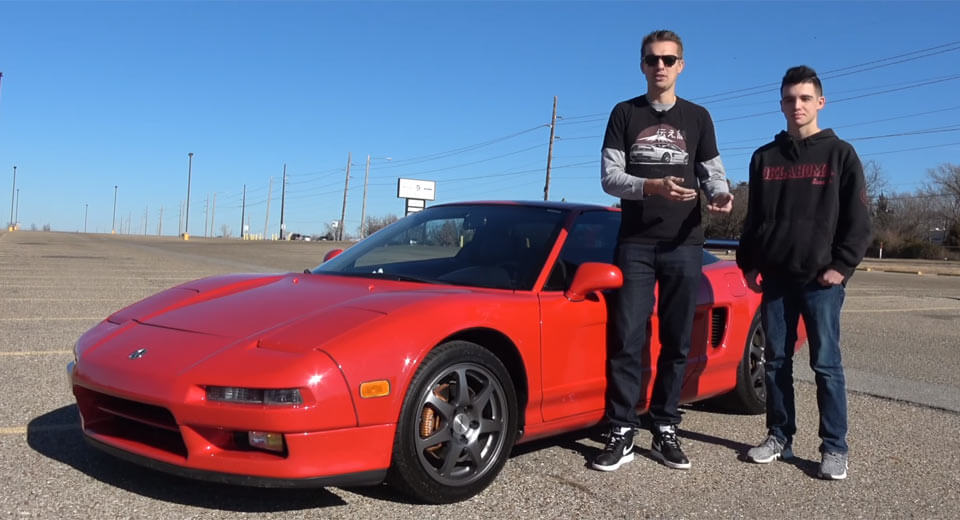 If you were like us, you probably learned to drive stick shift in a car that your parents/relative/friend didn’t care about getting ruined.

The following 15-year-old, however, had the chance to experience a manual gearbox behind the wheel of an Acura NSX - no thanks to YouTube views.

The NSX in question is a first-generation model and unquestionably one of the most iconic performance cars to ever leave Japan. Have to say, if we were fortunate enough to own an NSX, we certainly wouldn’t be lending it out to any teenagers, views be damned!

With that being said, it’s worth noting that the NSX, like many other performance-focused Hondas, has a very slick manual gearbox with a positive feel, perhaps making it the perfect choice to learn the basics.

Power for the first-generation NSX was initially provided by a C30A V6 engine delivering 270 hp and 210 lb-ft of torque. Later iterations had a slightly more potent C32B V6 with 290 hp and 224 lb-ft.