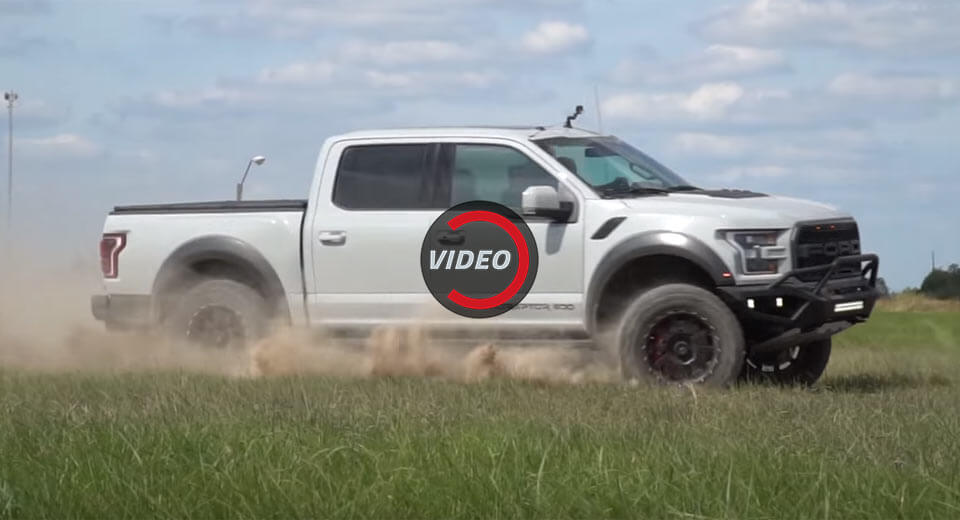 In order to show off the performance capabilities of the modified Ford F-150 Raptor, Hennessey has dropped a clip of the car ripping up the dirt near its facilities in Texas.

Admittedly, the ‘off-roading’ depicted in the video isn’t much more than some bumpy grass, so we don’t get a chance to see what the truck is really capable of.

Nevertheless, it does perfectly capture growl emitted from the twin-turbo V6 engine, overhauled to produce 600 hp at 6,000 rpm and 622 lb-ft of torque at 4,000 rpm.