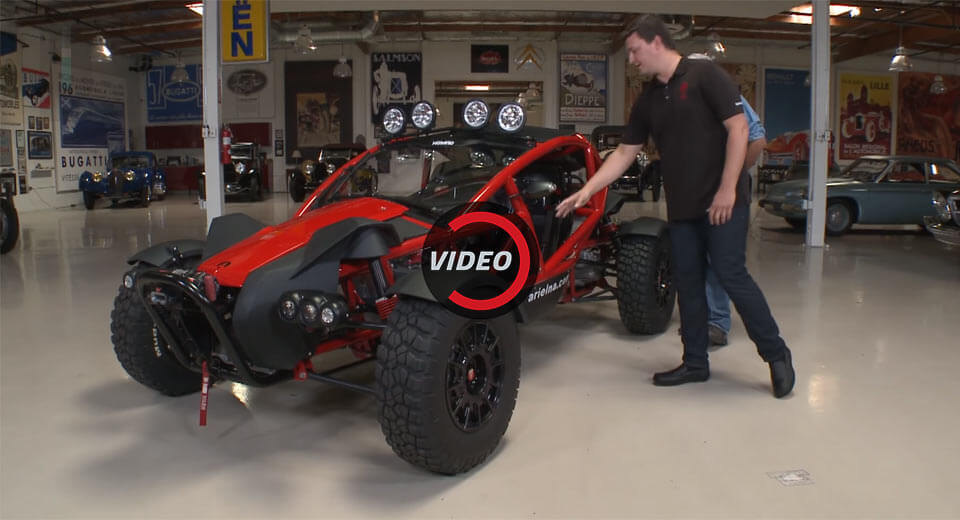 The Ariel Nomad may look unconventional but it is a serious performance machine on all road surfaces, as Jay Leno recently discovered.

This isn�t Leno�s first rodeo with an Ariel. In fact, he is the owner of one of the first Atom models ever built. Considering that the Nomad shares the same lightweight philosophy as the Atom, it�s not surprising that the former late-night host is a fan of Ariel�s second production model.

The Ariel Nomad which Leno jumped behind the wheel of was the Tactical variant. It is powered by a supercharged 2.4-liter Honda engine delivering 300 hp. That powertrain is mated to a six-speed manual transmission sending power through the rear wheels.

In a change for the Jay Leno�s Garage series, we actually have the chance to see Leno take a vehicle off-road, fully exploring the Nomad�s capabilities and showing just how capable it is.