The Maserati MC12 Makes The Enzo Look Common By Comparison 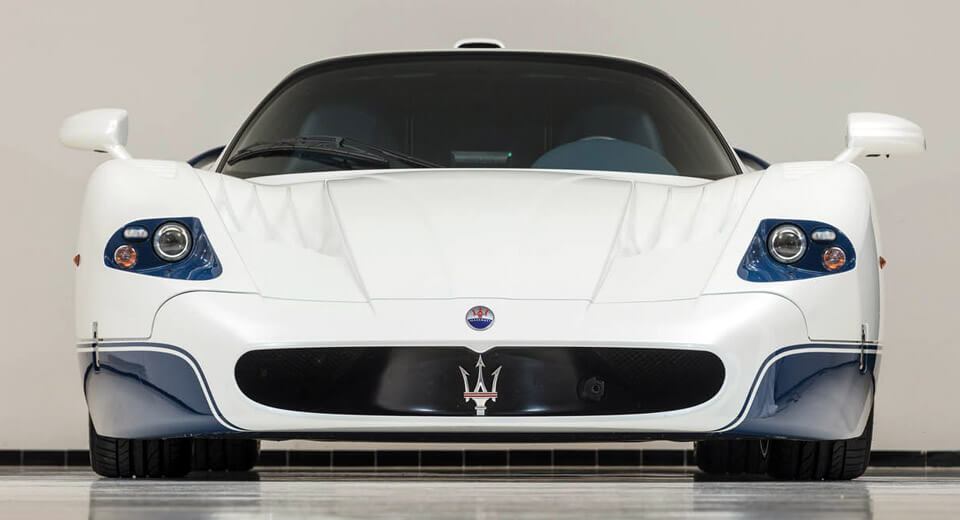 Ferrari, by design, never makes enough of its flagship hypercars to satisfy demand. But one of the most coveted didn't wear a Prancing Horse logo at all. It wore the Trident badge of its sister brand Maserati.

That, of course, was the MC12 � essentially a modified version of the Enzo, homologated for racing. Ferrari essentially made the MC12 for Maserati, but only made 50 of them for public consumption.

This compared to the relative ubiquity of the Enzo, of which Ferrari made 400... that's eight times as many. If the automaker had applied that same ratio again to the Enzo, it would have been as common as the 550 Maranello (of which over 3,000 were made).

The relative scarcity of the MC12 hasn't proven enough, however, to overcome the magnetic draw of the Prancing Horse badge, with prices for both the MC12 and the Enzo hovering around the same level. RM Sotheby's, for example, has sold three Enzos this year, for �2.3 million, $2.7 million, and �1.8 million, respectively � or a converted average of $2.6m.

Of the three MC12s the same auction house has sold, one went for �3m, another for $1.4m, and a third for $2.1m � or an average of $2.4m. The example you see here, captured by Peter Singhof for RM Sotheby's, is set to cross the same auctioneer's block in Paris during Retromobile week this coming February. There it's expected to sell for �2-2.5 million, or about $2.4-3 million at current exchange rates. That'd put it towards the higher end of the spectrum, but hardly out of the ordinary.

What we can't help but wonder is how the relative values of either will play out in the long run. Will the MC12's rarity make it worth more, or will the lure of the Ferrari legend see it gallop past? Only time (and an elite cadre of very wealthy collectors) will tell.