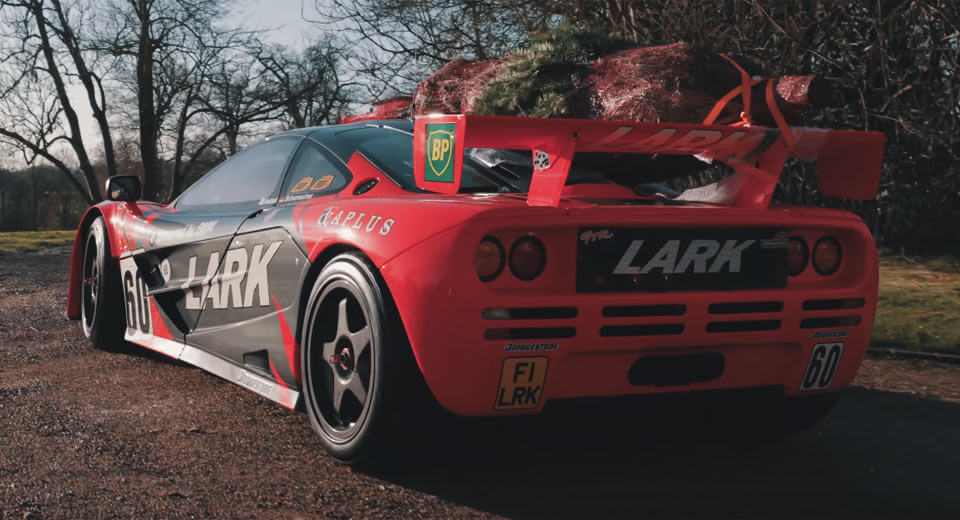 This time last year, we saw numerous videos of expensive supercars carrying Christmas trees in time for the holiday season. What better way to join in on this trend than with a McLaren F1 GTR?

The owner of the UK’s most recognizable F1 GTR, Andy74b on Instagram, decided to end the Christmas tree transport game by seeing if his eight-figure supercar was up for the task.

Seeing a race-winning McLaren F1 GTR like this on the road would be extremely special. However, we imagine seeing one carrying a Christmas tree without a care in the world would be enough to get anyone into the Christmas spirit.

We actually saw this F1 GTR at last year’s Goodwood Festival of Speed, posing alongside a street-legal P1 GTR with an identical Lark livery. The F1 GTR competed in the Japanese GT Championship and has since been converted into a road-legal masterpiece.