Morgan Teases Aero GT, A Motorsport-Inspired Farewell To The Aero 8 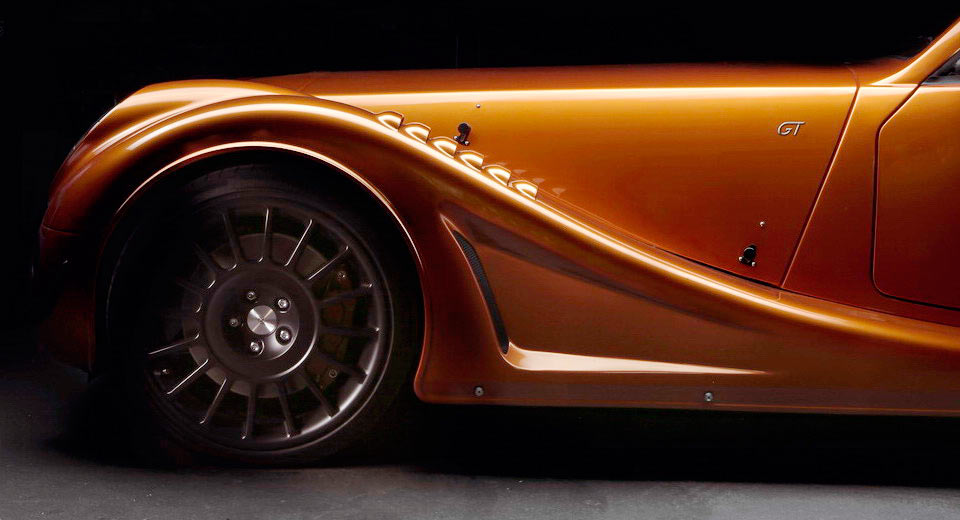 The most extreme Morgan to date, the upcoming Aero GT, has been previewed with a series of teaser images.

Morgan Motor Company says it’s a “gloves-off” version of the Aero 8 which marks the end of the famous British sports car’s production.

The new race-inspired Morgan Aero GT will adopt the lessons learned from Morgan’s GT3 victories, featuring an all-new hand-worked body which is designed to reduce drag and increase downforce.

The bespoke new Aero GT will come with new wing top louvers, deeper side sills and a big rear diffuser. Each example will also be heavily customized according to each owner’s taste.

Power will come from the BMW-sourced 4.8-liter V8 with 367hp, paired to a six-speed manual gearbox. 0-62mph comes in 4.5 seconds, with the top speed set at 170mph. This will also be the final appearance of the naturally aspirated BMW V8 as the Bavarian company has stopped its production.

Morgan will build just eight and already sold-out examples of the Aero GT, which will also be the final eight Aero 8 models to come out of the company’s Pickersleigh Road factory in the UK.

“Unlike many, we are able to make truly special limited edition vehicles that really exercise the imagination of the designer and the ability of the craftsman”, said Jon Wells, Head of Design at Morgan Motor company.

“Every Morgan is built to an exacting specification and is bespoke to each customer, as their personality is displayed in every detail”, said Steve Morris, Managing Director of Morgan Motor Company. “A great deal of emotion is invested in every decision and this experience is only enhanced by the joy of then driving such powerful and unique vehicles. The Aero GT is the ultimate ensemble of this formula.”