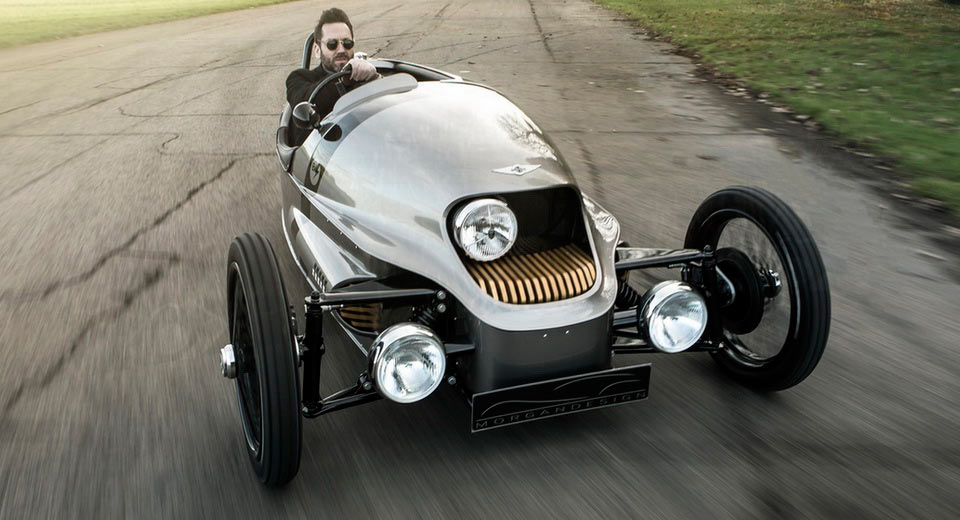 Morgan is going to start producing the electric version of its popular 3 Wheeler, the EV3, in the third quarter of 2018 at their factory in Worcestershire, UK.

Mixing retro looks with modern technologies, the upcoming Morgan EV3 will ditch the 80hp V-twin engine of the normal 3 Wheeler for the sake of a 56hp electric motor and a 21kWh battery pack. The driving range is expected to be 120 miles on a full charge, Autocar reports.

First seen at the 2016 Geneva Motor Show, the Morgan EV3 will tip the scales at less than 500kg (1,102lbs), despite the heavy electric powertrain and battery pack. This makes the EV3 even lighter than the petrol-powered 3 Wheeler, with Morgan using carbon composite body panels for the first time.

The small electric British three-wheeled sports car will offer a 0-62mph in less than 9 seconds and a top speed of over 90mph. These figures may sound underwhelming but judging by the very positive response to the similarly potent 3 Wheeler, Morgan’s first production EV will probably be just as exciting to drive.

Morgan has yet to announce official pricing, but it said that the EV3 will be priced at the same levels with the 3 Wheeler, which costs from £31,140 in the UK.