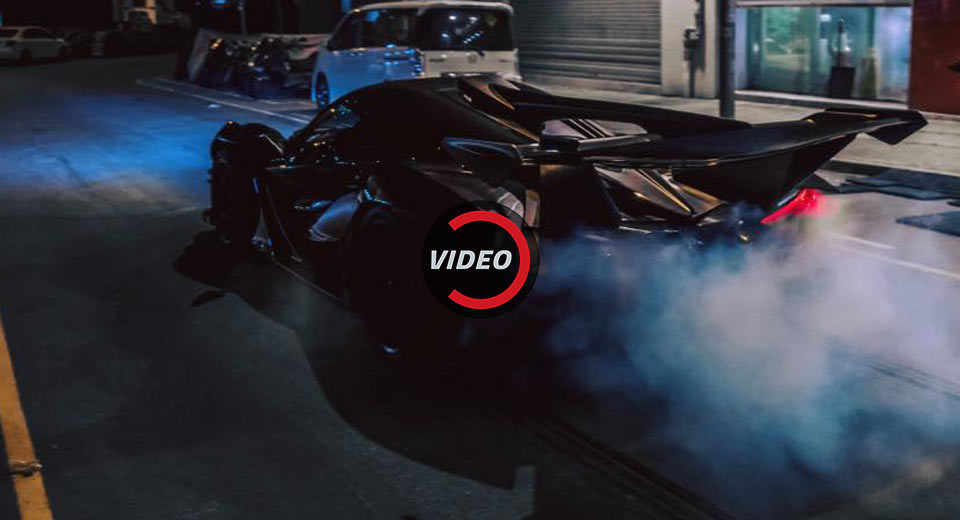 If you weren’t already having dreams about the Apollo Intensa Emozione, this video should permanently sketch an outline of the car in your subconscious.

Last week, the carmaker held the Asian premiere for the IE in Hong Kong and at the conclusion of the event, decided to show attendees that the supercar is much more than a showpiece. As it turns out, it is fully functional and sounds unlike any other four-wheeled vehicle.

Sitting at the heart of the Intensa Emozione is a naturally-aspirated 6.3-liter V12 engine, allegedly based around the Ferrari F12’s powertrain. However, the engine features a custom intake, exhaust, and software package from Autotecnica Motori, lifting power to 780 hp at 8,500 rpm and 560 lb-ft of torque.

The end result is a supercar that sounds so good it makes any modern Ferrari seem benign. In fact, this late-night burnout in Hong Kong probably woke up half of the city.