These Ford Mustang-Inspired Watches Are Made From Actual Mustangs 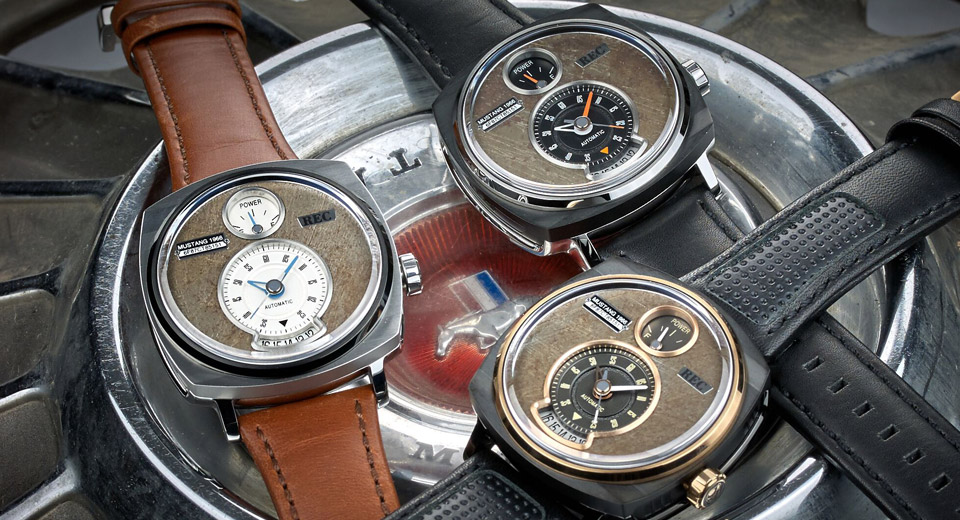 Between the mechanics, craftsmanship, and design, there's a lot for automotive enthusiasts to love about wristwatches – especially in that rare space where the two overlap. And few overlap quite like this latest.

Crafted by Danish watchmakers REC Watches, these Mustang-inspired timepieces are built out of actual Mustangs – ones that have reached the end of their lives as automobiles, we're assured.

“Most people would just see a pile of metal, a ghost of a Mustang. We see something completely different – the soul of a car and a story that needs to be told,” says REC Watches co-founder Mygh. “I’m not cutting up Mustangs. I’m bringing Mustangs that are beyond repair back to life as a watch.”

Each vehicle from which the materials are sourced has its history carefully retraced and documented on video. One rare Raven Black 1966 model, for example, was discovered in Sweden and turned into a limited run of 250 timepieces. Another was crafted specifically for drift champ Vaughn Gittin, Jr. using the carbon-fiber bodywork from his Mustang RTR drift car.

Each features a design borrowed from the classic pony car as well, including dials inspired by the Mustang's dashboard instruments, and a power-reserve meter designed to look like its fuel gauge. Pricing starts at $1,495.